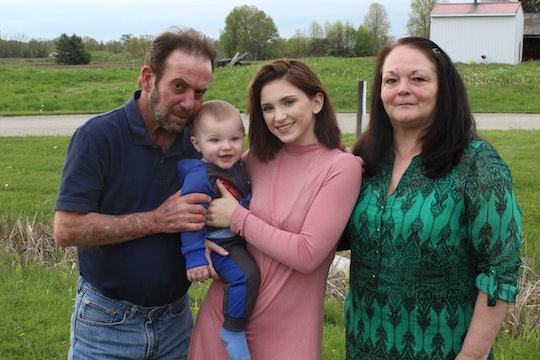 During the first season of TLC's Unexpected, viewers were introduced to McKayla and Caelan, two teenagers who had found themselves on the road to parenthood. They soon welcomed their son Timothy, but it became less certain whether their relationship would survive all the struggles that come with being a young parent. So are McKayla and her boyfriend from Unexpected still together now that Season 2 has begun?

That seems to be a question with many answers. In January 2018, McKayla tweeted a confirmation that they had split, stating that she wanted to wait before discussing it with everyone. However, Caelan had begun posting pictures of other girls on his social media account, which let the cat out of the bag. "This is the final breakup," McKayla wrote. "We are not getting back together."

But McKayla and Caelan did get back together shortly afterwards. As recently as April of this year, she was posting pictures of them having a date night on Instagram. Caelan has also made appearances in McKayla's vlogs on her Youtube channel, accompanying her on a beach trip in August and giving no indication that anything was awry between the two of them. It looks like McKayla and Caelan are indeed still together.

Some fans are speculating that McKayla might be pregnant again as well. In a photo posted to Instagram, she seemed to be holding her stomach in way certain commentators felt was significant. In her vlog from that same day, she also filmed herself grinning at the camera and patting her stomach. Now, neither of those things are proof that she's pregnant — people who are not pregnant touch their stomachs all the time — but viewers seem to think she is hinting at the possibility. If McKayla is pregnant, then she hasn't announced it yet.

A trailer for future Season 2 episodes also seemed to raise the question that McKayla could be pregnant for the second time. In one scene, she says that she has to "have a serious talk" with her grandparents about something, and Grandpa Tim jokes, "Now what? You're pregnant again?" McKayla starts to answer, "Actually..." and laughs while Tim exclaims that she better not be. In a confessional, McKayla's grandparents seem less than thrilled by the idea that she could be expecting another child. But the news is still unconfirmed and there's really no irrefutable proof that McKayla might be pregnant. Even though Unexpected has tried to be realistic in how it handles sensitive issues, reality shows often enhance the drama in promos to keep the audience curious about the next episode. All this hinting could lead to nothing.

McKayla and Caelan were living with her grandparents while raising their son, but the trailer also indicates they're considering moving out. They might get their own place but could also stay with McKayla's mother Shannon. McKayla and Shannon have had a rocky relationship over the years. When McKayla and her brother were young, Shannon lost custody to her own parents because of addiction issues she developed after the death of McKayla's father. The distance between McKayla and her mom — as well as their attempts to get closer — were a big part of the first season, and it seems like that might continue into Season 2.

But Caelan wasn't on board with the idea of McKayla moving in with her mom because he didn't think it would be good for their relationship. How the situation resolves remains to be seen. Even though it's not clear what the next step might be for McKayla and Caelan, it does seem like they have worked things out for the moment.