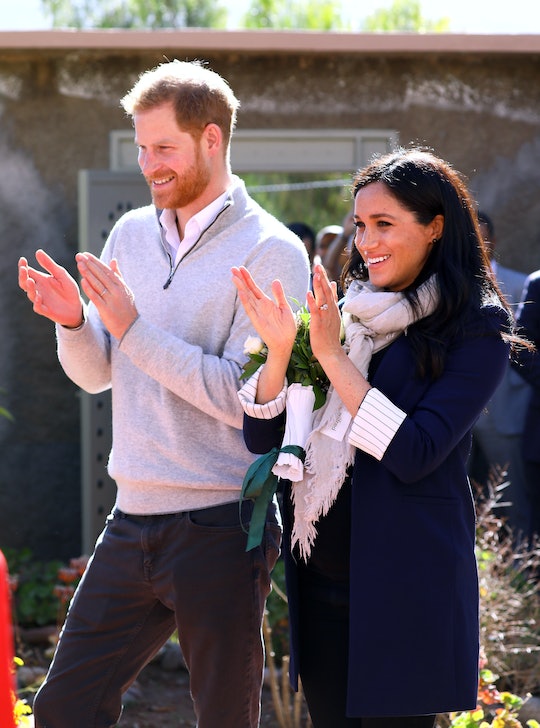 Having a baby and planning a move are both extremely stressful in and of themselves. But the Duke and Duchess of Sussex may be putting those two things together, if recent reports suggesting that Meghan Markle and Prince Harry are moving to Africa are to be believed. Buckingham Palace has since issued a statement on the matter, but it doesn't really clear things up.

Though the palace wouldn’t explicitly confirm the story — first reported in the U.K. newspaper The Sunday Times — it didn’t deny it either. That may leave things seeming a bit murky, except for Markle and Prince Harry’s deep love for the continent, which makes a move there all the more believable.

Richard Palmer, a royal reporter for The Daily Express, is the one who first got the palace to comment, and reported back on Twitter. "Buckingham Palace is not denying a report that officials have discussed sending Harry and Meghan to Africa as a way of capitalising on their appeal to young people in the Commonwealth – and of purring further distance between them and the Cambridges."

In another tweet, he added, “Buckingham Palace: Any future plans for the Duke and Duchess are speculative at this stage. No decisions have been taken about future roles. ‘The Duke will continue to fulfill his role as Commonwealth Young Ambassador.’”

Though it was originally reported that the plan was to send the Sussexes to Africa for two to three years, the Daily Mail discovered that the timeline would actually be more like six months. According to the Daily Mail, a long-term foreign posting like this has been a dream of Prince Harry’s for years, as he deeply cares about issues like the environment and education.

The Sunday Times described Markle and Harry as “rock stars” and revealed, “Courtiers have drawn up plans to hand the Duke and Duchess of Sussex a major international job that could see them moving abroad after the birth of their child.”

Some believe part of the impetus for the move would be to provide a break between the Cambridges and the wildly popular Sussexes. A source reportedly told The Sunday Times, “People are telling William, ‘don’t worry. Your influence will grow and Harry’s will fade. This is peak Harry.”

Whether that’s true or not is really a matter that only the royal family would know, but rumors of division and feuding have latched on to the two couples for some time.

Africa is a natural choice for a foreign posting, as it’s close to the hearts of both the Duke and Duchess of Sussex. InStyle reported that Botswana is where the couple had one of their first dates, seeking privacy in a campout. And their honeymoon reportedly took them to East Africa.

In the meantime, though, there are more pressing matters at hand as Markle is due to give birth to her first baby any day now. On Sunday, Prince Harry attended Easter church services with his family, but Markle was nowhere to be seen, as People reported. Further fueling speculation of trouble between the two young couples, Prince Harry and Prince William reportedly kept their distance from one another and didn’t speak on their way in or out of the church, according to People.

If there is actually a rift, hopefully the couples can patch things up enough to enjoy the impending arrival of the royal family's newest member. And certainly well before any big move that would keep them apart for months at a time.