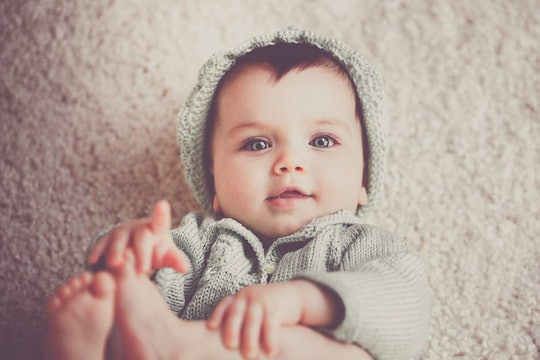 There's No Doubt About It, Millennial Parents Are Indeed Raising Smarter & Happier Kids

If you ask, well, anyone pretty much, millennials are the plague on parenting and family values. This me, me, me generation is too busy taking selfies to potty train and too broke from spreading avocado on toast to buy house. But contrary to popular belief, millennial parents may be raising smarter and happier children. And science and stats are on their side as studies have shown that the children of millennials actually have a lot going for them.

These little ones, children of millennials known as Generation Alpha, are growing rapidly. According to The New York Times, there are more than 2.5 children born from millennials across the globe every week. It is projected that when all of the new Gen Alphas have been born — which will be in 2025 — there will be almost 2 billion of them. This staggering figure leads one to wonder what this new generation will be like. A number of studies have already been conducted on Gen Alphas that provide telling details.

Mark McCrindle, identified as a generational researcher and corporate consultant in Australia, spoke with the The New York Times about Generation Alpha and what they're all about. Given what we already know about millennial parenting and the environment that these kids are growing up in, McCrindle said that Gen Alphas are a force to be reckoned with:

It may seem odd to have these kinds of projections about people who are still learning to walk, but McCrindle said that it is not too soon to start evaluating Gen Alphas as individuals and consumers. He told The New York Times:

We can learn a fair bit about them by analyzing some key areas, starting with the demographics, which give us some forward forecasts. There is the age of parents (older), the cultural mix (more diverse), socioeconomics (slightly wealthier), family size (smaller), life expectancy (longer).

Let's break down the implications of McCrindle's descriptions of Gen Alphas, beginning with them being more formally educated. The correlation between formal education and intelligence has long been identified. There are numerous studies that show the positive impact that schooling has on cognitive ability. While continued education is no guarantee of intelligence or success, by providing their children with access to additional schooling, millennial parents are laying the foundation for cognitive development in Gen Alphas.

As for McCrindle's second assertion, that Gen Alphas will be the most technology supplied ever, it is sure to cause some controversy. The debate over whether technology is making people smarter or dumber has been raging since the computer became a household fixture. Many experts believe that each generation is getting more intelligent and technology is playing a role in that. Technology empowers children to have unprecidented access to information and allows them to learn in a fun and engaging way, as HuffPost reported. The argument can be made — and has been made — that technology is making children smarter. Therefore, Gen Alpha's will greatly benefit from access to technology.

McCrindle's final assertion, that Gen Alphas will be the wealthiest generation ever, is another controversial one. The "money can't buy happiness" argument is as old as time itself, but that doesn't make it inherently true. Studies have shown that increased income — to a certain extent — is linked to increased happiness, according to The Guardian. This is not to say that you can quantify happiness levels by every $1,000 more that Gen Alphas make than their predecessors, but one could argue that the more stable financial states and higher incomes can make happiness — including reduced levels of stress due to financial burdens — more attainable.

Aside from education, technology, and money, Gen Alpha has another source of happiness to rely on: relationships with their extended family members. One of the biggest criticisms of millennial parents comes from research showing that most of them are having children out of wedlock, as The Atlantic reported. Admittedly, there are arguable downsides to cohabitation and single parenting, but millennials are finding a way around them and providing more than enough care for their children.

Due to less traditional family values of marriage and childrearing, along with painfully high child care costs, many millennials look to grandparents for help with children. This multigenerational teamwork allows Gen Alphas to have strong relationships with their extended family. A recent TD Ameritrade Millennial Parents Survey showed that baby boomer grandparents are actively involved in caring for Gen Alpha grandchildren. When grandparents play an active role in the lives of their grandchildren, both parties reap the benefits. A study conducted by researchers at Boston College found that close emotional ties between grandparents and grandchildren tend to reduce symptoms of depression in both.

Say what you want about millennial parents, but their kids are going to be an intelligent, happy, well-adjusted bunch if the experts are to be believed.