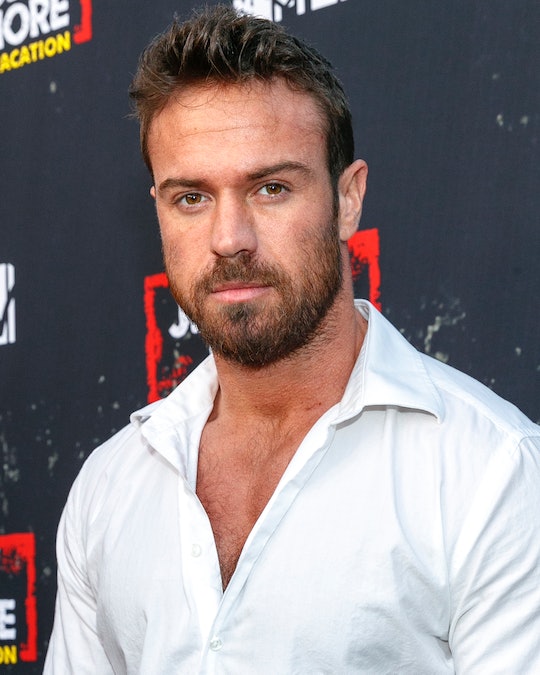 Chad & Nicole Have Had A *Very* Tumultuous MTV Relationship

Fans will finally get some answers about whose relationship survived off of the beach and away from the cameras when Part 2 of the Ex On The Beach reunion airs on MTV. But in some cases you don't have to wait at all. Some of the relationships were so explosive that MTV doesn't leave much to wonder about their relationship status in the show's promo video — because they can't. Inquiring minds want to know if Nicole and Chad are still together. Well, lucky for you, it's not hard to make an educated guess.

Chad left the beach choosing Nicole over his ex, Madeline, and saying "I love you." And Nicole might have been telling the truth about wanting to have babies with him — but I'm pretty sure she changed her mind. Like, I'm 99 percent sure the couple is no longer together and when they left the MTV soundstage they had no plans of ever seeing each other again.

My first clue comes directly from the Ex On The Beach Instagram. In a promo video for Part 1 of the show, Chad is really angry about something being "f*cking "b*llsh*t." Nicole gets up in her very red ensemble and puts her hands in his face.

That definitely doesn't seem like anyone's idea of happily ever after. But, there is more proof on Nicole's Instagram account. First of all, she's super solo in most of her recent pictures. But the definitive proof comes in a recent Instastory post that watches like a trailer. Nicole flat out says "I'm gonna get into the real reason why me and Chad broke up. You're out here in LA talking to other b*tches."

That's not cool. But it pretty much gives fans their answer. Nicole isn't playing around, though. In the trailer for the confessional session, she even says she has screenshots to prove some of her allegations. So, something really serious must have gone down off air. It seems like she'll be posting her side of the story on her Instagram after the Ex On The Beach reunion ends.

Whatever happened, fans are not shy about taking sides on Twitter.

Is anyone really surprised, though? Everyone deserves to be happy but Chad has seemed poised for his career reality TV star status ever since he embraced the villain status he earned on JoJo's season of The Bachelorette.

At least he can laugh about it though. Exhibit A: He filmed a The Bachelor parody video called The Dog for his Instagram. "So, I'm Chad Johnson. You may know me from some of the reality shows where I've been dating but the fact of the matter is that I'm still looking for love and I'm hoping that today I can find something special," he says and then reunites with the cutest little dog in slow-mo before declaring her "the one."

I guess as long as you keep your sense of humor about it, reality TV dating is pretty harmless. But if their relationship was real then I guess everyone will learn about their breakup on Part 2 of the Ex On The Beach reunion. It's all too messy to speculate about. But that's what you get from a show all about love triangles.