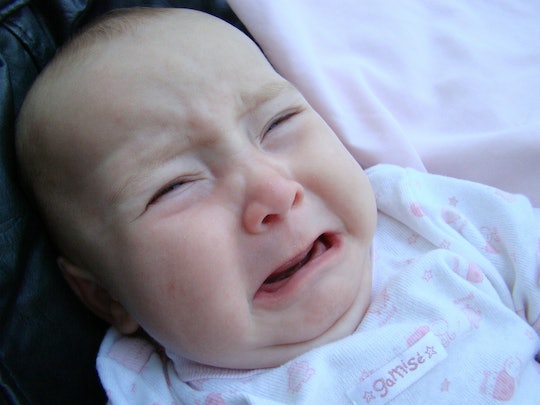 Are Premature Babies More Prone To Colic? It May Increase The Chances

Sometimes, in a pregnancy, babies need to be delivered well before their due date. And, unfortunately, there are health risks associated with being born prematurely. One of the risks moms may wonder about is are premature babies more prone to colic?

Colic is a condition where there are predictable periods of significant distress and crying in an otherwise well-fed, healthy baby. According to the Mayo Clinic, "babies with colic often cry more than three hours a day, three days a week for three weeks or longer." Additionally, the American Pregnancy Association (APA) noted that there is no definite cause of colic in babies. However, the APA does recognize several things that may cause colic, or increase your baby's chances of developing a colic. One of those causes is an immature nervous system. Often times, babies who are born prematurely have not had time to fully develop their nervous and digestive systems.

Though not specific to prematurely born babies, a study published by the National Center for Biotechnology Information found a correlation between mothers who drank cows milk, and colic. According to the study, over half of the babies whose diets were stripped of cows milk lost their colic, and further analysis showed a high correlation between colic in breast-fed infants and their mothers' consumption of cow's milk protein.

Another possible cause of colic in premature babies is their inability to transition between being awake, and being asleep. In a study published by the National Institutes of Health, doctors found that prematurely born babies experience periods of undifferentiated sleep. According to the study, undifferentiated sleep is evidence of immature neurological function in babies. The study went on to say that, "preterm infants’ sleep is often identified by lack of sleep cycling, shortened sleep periods, undifferentiated sleep states, and short episodes of quiet sleep compared with full-term infants." Since sleep cycles are rather lackluster in the sleep of prematurely born babies, the inefficient and unstable patterns can lead to exhaustion, ill tempers, and colic.

Unfortunately, excessive crying can also lead to more crying. According to WebMD, babies have plenty of chances to swallow air during their crying episodes, which then traps air in your baby's belly, which means that crying can cause gas. Gas, in turn, can cause babies to be uncomfortable, and has been suspected as one of the possible causes of colic.

Though no research has determined the exact cause or solutions to colic. So if you believe your child has colic, talk to your doctor about the possible causes and possible solutions you can implement to help ease your baby's experience.