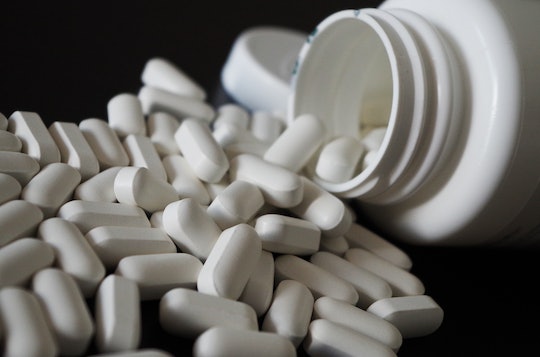 Are Prenatal Vitamins Helpful In Pregnancy? New Study Suggests They're Not Worth The Cost

Show of hands: how many women — pregnant or not — have forgotten to take their daily prenatal vitamin? Trust me, my hand is way up right now. And since I’m in my final weeks of pregnancy, it’s an issue that has brought plenty of mommy guilt. Getting in a daily prenatal has long been touted as one of the best ways to ensure a healthy pregnancy. Well, it turns out expectant mothers might have little to worry about. Industry claims that pregnant moms and babies might benefit from expensive multivitamin supplements might be overstated, according to researchers. A new study released this week asked the important question, “are prenatal vitamins helpful during pregnancy?” And the answer isn’t as cut and dry and was once thought.

Saying that women (and their unborn children) benefit from the new wave of designer multivitamin supplements could be more about marketing than science, according to researchers. According to a new paper published in the British Medical Journal's Drug and Therapeutics Bulletin, only folic acid and vitamin D have been proven beneficial during pregnancy. As for the 20 or more additional vitamins and minerals usually found in a prenatal? They may not do anything at all — other than increase the cost of the supplement, that is.

Researchers surveyed dozens of earlier studies and trials for the paper, according to CNN, examining evidence that might support taking supplements with vitamins B, C, D, E and A. They were only able to find evidence to support the use of folic acid and vitamin D in preventing birth defects, according to that report. And surprisingly, the study found that supplements with vitamin A should not be taken in pregnancy.

"I think we were surprised," Dr. James Cave, editor-in-chief of the Bulletin and a practitioner at the Downland Practice in Newbury, Berkshire, told CNN in a recent interview. “Vitamin deficiencies are common in women of child-bearing age and you would therefore expect there to be plenty of good evidence that taking a multivitamin helps in some way."

According to The Guardian, the study authors said that most women are instructed to take prenatals to overcome “maternal deficiency in key nutrients [which] has been linked to pre-eclampsia, restricted fetal growth, neural tube defects, skeletal deformity and low birth weight.” But, according to the authors, most of the existing research had been performed in countries where women are more likely to be malnourished, leading to overstatements about the benefits of the vitamins themselves.

Not surprisingly, the vitamin industry has pushed back against the study findings, arguing that the real role of multivitamins is added insurance against deficits, not to cure disease. “The authors of this study claim that vitamin and mineral supplements must produce clinical effects before pregnant women are encouraged to take them. This is absolute nonsense,” dietitian and Health Supplements Information Service spokeswoman Dr. Carrie Ruxton told The Guardian recently. “Except for folic acid, which does have a therapeutic role by actively preventing neural tube disorders, the role of food supplements is simply to combat dietary gaps.”

But whether multivitamins fulfill even that role has come into question in recent years. Two studies released in 2013 found that most multivitamins and supplements have little to no benefit at all, according to USA Today. According to that report, researchers from Johns Hopkins University and editors for the Annals of Internal Medicine said that “most supplements do not prevent chronic disease or death, their use is not justified, and they should be avoided.”

So, what should expectant mothers do for a healthy pregnancy? Cave said that simply increasing folic acid and vitamin D should be enough for most pregnant women:

Women can be reassured that taking a folic acid supplement ... and vitamin D is all they need to do, and can save themselves a great deal of money not buying expensive branded multivitamins," Cave said. "If they have any specific concerns about a vitamin or mineral deficiency they should discuss this with their doctor or pharmacist.

Pregnancy already comes with a heavy dose of worry and guilt. Expectant women (myself included) often worry over whether they’re doing enough to ensure their baby’s health. I know I fretted over whether to go with the DHA-infused vitamin concoctions available at my pharmacy or the easy-absorbing liquid kind from the health food store. But it turns out that, when it comes to choosing a vitamin at least, simpler might actually be better.