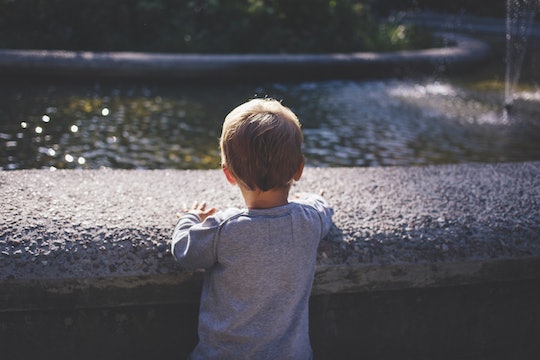 Are Psychopaths Mostly Only Children, Or Do They Have Siblings? There Are Warning Signs

Without siblings, children may not learn some interpersonal skills, like how to share, as easily as they would have with brothers or sisters by their side. It's a challenge for parents, for sure, but it's by no means evidence that these only children will be fundamentally flawed for life. And although psychopaths exhibit disturbing traits like an inability to empathize with others and an ingrained, grandiose self-worth so severe it can drive them to commit unspeakable crimes, there's no real correlation between true psychopathy and growing up without siblings. No research suggests that psychopaths are mostly only children, but some children do have symptoms of the psychiatric condition nonetheless.

One of the most notorious suspected young psychopaths in recent memory, in fact, had what Michigan State University psychiatry professor Frank Ochberg called a "conventionally good older brother," according to NBC News. Eric Harris had just turned 18 when he murdered 13 people in the 1999 Columbine High School massacre along with fellow student Dylan Klebold.

And many experts agree that when a child — some as young as 3 years old — acts out the callous-unemotional (CU) traits associated with early psychopathy, they may have brains that are hardwired to make them act that way, such as showing no remorse for hurting another child and being totally unfazed by punishment.

According to a Newsweek report, though, it's not just genetics that determines whether a child will grow into an adult psychopath. Some children are predisposed to exhibit psychopathic behaviors because of genetics, but they could actually manifest in response to outside influences like neglect or abuse. But in the same way that social factors can bring out these callous-unemotional traits, like bullying or hurting animals, they could help to combat them when children are still very young. In one case, for example, University of Sydney psychology professor David Hawes asked parents and children to play a computer game that taught them to recognize emotions on digital human faces. The children's behavior improved drastically after this experiment in many cases, but Hawes believes that it was the bonding, not the actual computer game, that led to this change.

Adults, on the other hand, are nearly impossible to treat. In adults, signs of psychopathy include the ability to charm other people, a grandiose view of oneself, the tendency to get bored easily, a knack for manipulation,impulsivity, irresponsibility, early behavior problems, and more, according to Thrillist. Perhaps the hallmark of the condition is the inability to empathize with others. "A high-scoring psychopath views the world in a very different way," criminal psychologist Robert Hare told The Telegraph. "It’s like color-blind people trying to understand the color red, but in this case 'red' is other people’s emotions."

Many noted psychopaths do have siblings, and life can be rough for those brothers and sisters growing up. In a 2014 blog post for Psychology Today, psychiatrist and psychoanalyst Carrie Barron wrote that she's treated such siblings of psychopaths who have experienced "sexual abuse in bathrooms, spit in drinks, gun threats, being hit over the head with wooden boards, being pushed down flights of stairs, being held under water and being set up to take the blame for sums the sibling stole."

Her main advice to these people is to cut off contact with the abusive sibling as adults.

It's nearly impossible to accurately predict which children will exhibit callous-unemotional traits, which ones will grow into true psychopaths, and exactly which environmental factors influence this. In Eric Harris's case, Ochberg believes the outcome seemed unavoidable on his parents part. "My opinion is the die was probably cast by age 6 for psychopathy through no fault of his parents," He told NBC News. "They seem, from what I was able to learn, perfectly capable of raising a normal child." Still, it's possible that early intervention could have helped. Perhaps researchers are now gathering the information to stop the next perpetrator of a crime like Columbine.