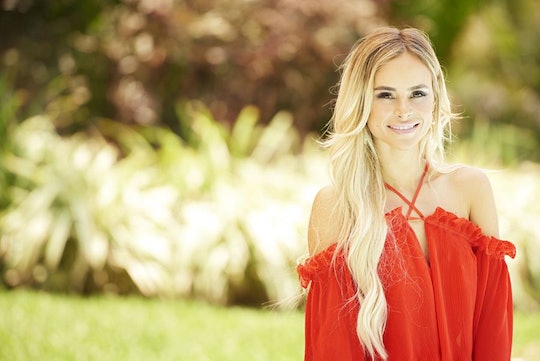 This 'Bachelor In Paradise' Duo Could Be The Real Deal

Surprising as it may be, people occasionally do find love on Bachelor in Paradise, and there's nothing I love more than seeing formerly jilted lovers connect with one another, which seems to be the case for a certain BIP duo. So are Robby Hayes and Amanda Stanton dating after Bachelor in Paradise? They can't technically say one way or another, but they have definitely been seen out and about holding hands and looking pretty darn cuddly. The previews for this season already make it clear that they made a connection, but did it last beyond the white sandy beaches of Playa Escondido?

All contestants on Bachelor shows are sworn to secrecy until the shows air, so as not to give away who fell in love with who and who left brokenhearted. Sometimes, however, contestants aren't very good at this. Amanda, in particular seems to have trouble keeping her relationships a secret. Last season, pretty much everyone knew that she was engaged to Josh Murray before the show aired his proposal. That engagement clearly didn't last, but I have high hopes for her relationship with Robby. The former swimmer and model was runner up on JoJo's season, and he always seemed like a stand-up guy, if not one with an incredibly cheesy smile and immovable hair.

The promo teases Robby saying he has a great connection with Amanda, but that he loves the idea of falling in love with Raven. Now, I like Raven as much as the next person, but I have no idea what that means. What is the idea of dating Raven? Is she some sort of mystical creature? This is confusing. Clearly, Robby eventually came to the same conclusion because recent photos have popped up on social media showing him and Amanda hand-in-hand looking as happy as two TV lovebirds possibly can. Are they just dating? Are they engaged?

Us Weekly reports that Amanda said of Robby "He's sweet. He's really sweet," which is maddeningly vague and boring. We know he's sweet from JoJo's season. What we want to know is if he gave you a big diamond ring so that you can live happily ever after. So who knows, maybe Amanda and Robby will be this season's Jade and Tanner, or even Carly and Evan, who fans will see get married by Chris Harrison in a televised ceremony this season. If those two can make it work, I have high hopes for Amanda and Robby.