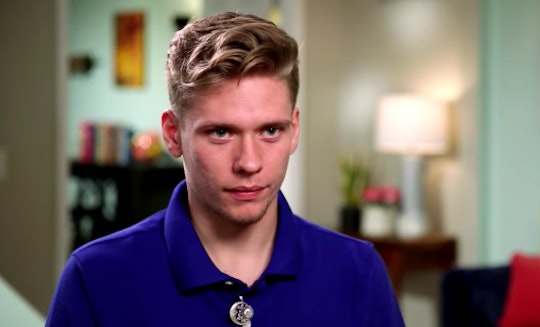 The latest season of 90 Day Fiancé, everyone's favorite reality TV show guilty pleasure, has finally arrived. And before the season even starts, there are a lot of fans out there who want to be spoiled for the ending and know whether each couple stays together for the long haul. Are Steven and Olga still together after their stint on 90 Day Fiancé, for instance?

90 Day Fiancé is now entering Season 6 on TLC, which is pretty impressive. Every season, the show features couples with one person from outside of the United States who are trying to get married within just a few months, because "The K-1 visa permits the foreign-citizen fiancé(e) to travel to the United States and marry his or her U.S. citizen sponsor within 90 days of arrival," according to the Department of State — Bureau of Consular Affairs for the U.S.

Basically, if one half of the couple is from the U.S. and knows they want to marry a person from outside the country, they have to do it in 90 days if they want the person to stay in the U.S. with them. That sounds like a whole lot of pressure to me, but I don't make immigration policy for the U.S government.

Steven and Olga from 90 Day Fiancé are just one of many couples — on the reality show and in real life — who have to make it work if they want to be together in the U.S. They met when Olga was on vacation from Russia, where she's originally from, according to Us Weekly. She visited Maryland, where Steven from 90 Day Fiancé lives, and they met on the beach one summer. Sounds romantic right? You would think so, but this young couple quickly ran into some very adult issues.

The TLC description of the couple, who are both 20, reveals, "After just a month and a half, Olga became pregnant throwing them for a loop and changing what they thought would be just a summer romance." When the show starts, Olga’s visa has not been approved yet, according to People. Having one is crucial to the couple, because according to TLC, Steven's father died when Steven was 7, and "he is determined to have a presence in his son's life, and the young couple believes that obtaining a K-1 visa is what they must do to be together."

But Olga doesn't seem completely keen on the idea of moving away from her home and raising her child in another country in promos for the new season of 90 Day Fiancé. So, after the cameras stopped rolling, are Olga and Steven still together?

This is one couple from the newest season of the show who are hard to track down. The Maryland marriage license public records page I tracked down did not seem to list a marriage between a Steven and an Olga in Prince George's County (where Steven lives) in the last few years. I don't know their last names, so that made it tricky, but there didn't seem to be any sort of union between two people with those first names in the county when the show should have been filming.

Plus, I was not able to find an Instagram account for either Steven or Olga, which is often a good indicator of how a couple on 90 Day Fiancé are doing after the show is over.

Neither of those things mean Steven and Olga are definitely no longer together, of course. There's a chance Olga's visa didn't get approved before she gave birth and before Steven had to return stateside. There's also a chance they just didn't get married, or didn't get married in the U.S. To find out the truth, 90 Day Fiancé viewers will just have to watch it all unfold on the newest season of the reality series.