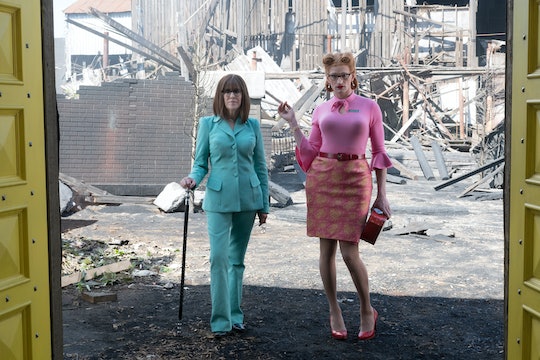 (Warning: this post contains unfortunate spoilers from Episode 7.) Well, I have to admit, I didn't see that twist coming. After spending the majority of the first season believing that the Mother and Father characters presented to us were actually the parents of the Baudelaire children, that turned out not to be the case at all. We were hoodwinked, my friends, and it was a devastating realization to say the least. This "Mother" and "Father" belonged to another set of children we were only introduced to at the beginning of Episode 7, which has left many fans wondering whether or not the Baudelaire parents are alive on A Series of Unfortunate Events. In light of this recent twist, I'm sad to say that their fate is looking a little grim.

When Cobie Smulders and Will Arnett first appeared in Episode 1, they were kidnapped and lamenting about getting back to their children. So naturally, many viewers (myself included) put two-and-two together and assumed they were the mother and father of Violet, Klaus, and Sunny. I mean, they were even credited as Mother and Father at the end of each episode. It never even occurred to me that they could end up being the parents of different children.

Their names are never spoken, but we do hear them call out to their actual three children when they return home: Quigley, Duncan, Isadora. Anyone familiar with the books from which the series is based no doubt immediately recognized these names as belonging to the Quagmire children, who become important later on in the story. That means we've been getting to know Mr. and Mrs. Quagmire. So now that their true identities have been revealed, it's only natural to inquire what happened to the Baudelaire parents. From what I can tell, they really did end up dying in that house fire after all.

Granted, I can't say that with absolute certainty since, as this show has just proven, you can't take anything at face value when it comes to this unfortunate tale. But considering the narrator, Lemony Snicket, (who is supposed to be all-knowing) seems pretty positive about their deaths, I'd say the outlook doesn't look good. Could he be wrong? Sure, I suppose so. Anything is possible. After all, we still don't know what the actual parents look like yet.

But as Lemony Snicket has warned us time and time again — this is not a happy tale that he is telling, so I don't really see how this could work out well in their favor.