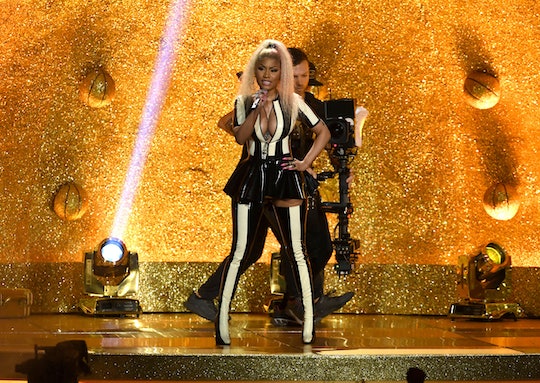 The 2018 MTV Video Music Awards Are Going To Be Electric

The 2018 MTV Video Music Awards (VMAs) are right around the corner, and as always, you can look forward to seeing the biggest names in music hit the stage for some epic performances. The show is set to air on Monday, August 20 at 8 p.m. ET, but are the MTV Video Music Awards live? Yep! With a lineup of amazing performers and presenters, fans all over the world will get to experience the electricity of the VMAs as it unfolds in real time.

According to MTV, the show is returning to its roots by returning New York City’s Radio City Music Hall — home to the very first VMA show back in 1984. The event will air live from New York City, and will be broadcast to over 180 countries and half a billion households around the globe. An MTV press release revealed that show will continue with its recent transition to gender neutral award categories, and will include artists who have made an impact on cultural conversation.

There are plenty of musical awards shows out there, but none can compare to the iconic performances the VMAs bring. So far, this year’s lineup of performers includes Ariana Grande, who will be performing her new single “God is a Woman” and Post Malone who will perform a song off of his latest album, Beerbongs & Bentleys. Travis Scott is also scheduled to take the stage with a medley from his new album Astroworld, so there’s a possibility Kylie Jenner shows up to cheer on her beau. Shawn Mendes is also set to perform, along with Logic and Ryan Tedder.

Nicki Minaj is all set to light up the VMAs with a remote performance, noted MTV, from a top secret, undisclosed location. This will be the sixth time Minaj has performed for the VMAs, but if her past performances are any indication, she’ll be sure to set off some major fireworks. Her 2014 VMA performance of “Anaconda” has gone down as one of her most iconic, along with her last two collaborative performances with Katy Perry and Ariana Grande. This year Minaj is also nominated for Best Hip-Hop Video for her single “Chun-Li,” and it could turn into her fourth VMA win.

This year’s Michael Jackson Video Vanguard Award is going to Jennifer Lopez, who has been a pop music force to be reckoned with for decades. As the guest of honor, Lopez will like put on an epic performance, hopefully including a medley of some of her greatest hits. Along with her honorable Vanguard award presentation, Lopez has been nominated for two other awards — Best Latin and Best Collaboration — both for her single “Dinero” with DJ Khaled and Cardi B.

Other nominees this year include huge names like Cardi B, Drake, Bruno Mars, and Ed Sheeran. After putting out one of the most talked about music videos of the year, Childish Gambino has been nominated in seven categories, including Video of the Year and Video with a Message. But when it comes to nominations, this year Cardi B. reigns supreme. The rapper and new mom has racked up 12 nominations, including Artist of the Year and Song of the Year. And just yesterday, People confirmed that Cardi B. will be opening the VMA’s with her first performance since giving birth to her daughter, Kulture.

So far, the VMA show looks like it will be epic, and there may be more surprises in store. Luckily, you can have a front row seat to all the action in real-time, but the recorded show will air again throughout the evening and the next day. The live show begins August 20, at 8 p.m. ET on on MTV.