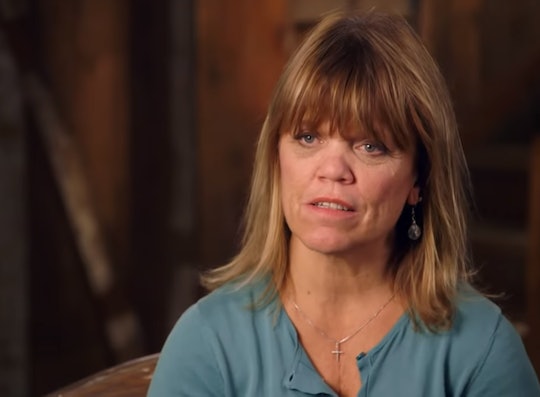 Here's What We Know About The Roloff Family's Religious Beliefs

After 14 seasons on the air it might feel like you know everything there is to know about the stars of Little People, Big World. But one aspect of their lives doesn’t get covered a lot on the show, which can leave some fans with questions. For example, are the Roloff’s religious? Like many families, the answers vary with the family member.

Overall the family does consider themselves religious, according to In Touch, since Matt and Amy sought to raise their kids in the traditions of Christian faith. On her Instagram, Amy Roloff is known to post reflections on her own faith and life. Alongside a photo of daisies she recently wrote, “Sunday Worship favorites: Going to church and having my faith has been a part of my life since I can remember and still is. One of my cherish memories is singing the hymns I grew up with and sang in choir. One of my favorites. ‘Blessed Assurance- This is my story... This is my song... Praising my Savior... All the day long...’ One if my favorites. Gods Grace is beyond measure and I’m so thankful for it."

That pretty much answers the question, doesn't it?

Some of the kids in the family are actually the ones who are most vocal about their faith. Jeremy and Audrey Roloff run a blog called Beating50Percent.com, which focuses on giving more than 50 percent effort to marriage. On the blog they write, “We cannot deny our Lord Jesus Christ. Our writings will be inspired from our faith and our belief that life has a purpose, humanity is aware of that purpose and it is our job to live out that purpose.”

Audrey caught some flak early on for some oversharing she chose to do about her own marriage. She revealed that on their honeymoon, she and Jeremy recited their wedding vows while they were getting intimate, which, even if you think that’s sweet, is TMI.

One of the Roloff’s other children, Jacob, has turned away from the family beliefs though. He left the show when he turned 18, Radar Online reported, and used his personal blog to share what he thought of Christians. “Christians as I have experienced them have assumed a real and damaging sense of superiority over all other belief systems,” he wrote. “They believe that their Mystic, Jesus of Nazareth, was the Supremely Gifted Mystic and that their book, The Bible, is Supreme in Knowledge and Law. It is fine and even necessary for a person to hold tight in their belief and sort of, in a way, feel privately supreme and content, but the supremacy in the minds of Christians today has outwardly pitted them against the world and their neighbors.” The outlet noted that despite his break from the family religion, Jacob does seem to be on good terms with at least his parents.

So like many families, the Roloffs had an aggregate home of faith while the kids were growing up and have now translated that into their own personal beliefs.