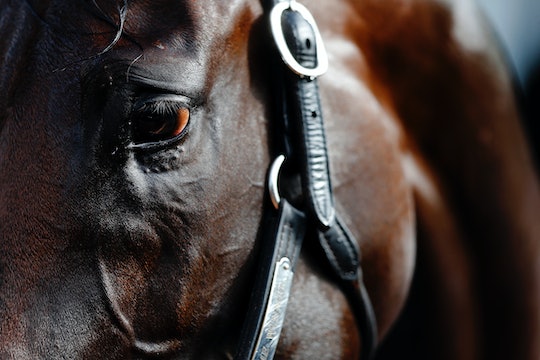 Why You Never See Women Jockeys At The Kentucky Derby

The eyes of America will be focused on a Louisville, Ken. racetrack on Saturday, May 4 when the 145th running of the Race for the Roses gets underway. But what will we see when we tune in? For example, are there female jockeys at the 2019 Kentucky Derby? This isn’t a sport that little girls can really look to for inspiration.

And that’s somewhat surprising, considering the high number of young girls that are interested in horses. “Horses fill the space between toys and boys,” is something my mother-in-law likes to say, who raised and trained horses for years. But at the elite level racing hasn’t been kind to women. There are no women running in the Derby this year, and since the early 1900s there have only ever been six who have done it at all.

Diane Crump was the female jockey who broke the gender barrier in 1970. She placed 15th in the Derby, amidst ridicule, but is now considered an important figure in the racing world, according to Derby Experiences. Patti Cooksey ran the race in 1984 and finished 11th, and Andrea Seefeldt finished 16th in 1991. Julie Krone was the first woman to compete twice in the Derby, the first time in 1992, finishing 14th and the second in 1995 in 11th. Rosemary Homeister competed in 2003, coming in 13th place. Rosie Napravnik is the most recent, and highest ranking woman ever to compete. In 2011 she finished in 9th place and in 2013 came in 5th.

So what happens between early life and high-level competition that weeds so many girls out of the sport? Men outnumber women jockeys about seven to one throughout the racing world, but when you get to the Derby level that number jumps to 50 to 1, according to CNN. The North American Racing Academy – the only jockey school in North America – told ABC News that body composition creates more problems for women aspiring to race than for men.

One longtime racer, Chris McCarron, told ABC News that the typical male jockey has a body fat percentage between three and seven percent. For women that number is eight to twelve percent. Since women typically carry more body fat than men, maintaining low body fat and low weight can be a real issue.

And for women who do make it, the sport is often unwelcoming and unforgiving. Even the most recent female Derby rider, Napravnik, has faced hecklers and catcallers telling her to go back to the kitchen or go have a baby, CNN reported. One trainer allegedly asked her, “Why ride a girl when you can ride a guy?” Nonetheless she continued to rise in the ranks of her race earnings, and placed 7th among all jockeys when she retired from the sport in 2014.

CNN reported on a study that found that women were underperforming their peers financially in horse racing because they just weren’t given the opportunity to race good horses in good races as consistently as men. Unfortunately, gender discrimination is definitely alive and well in the sport.

So 2019 may not be the year when we finally get to see a woman come out on top of the most exciting two minutes in sports. Let’s hope for better for next year.