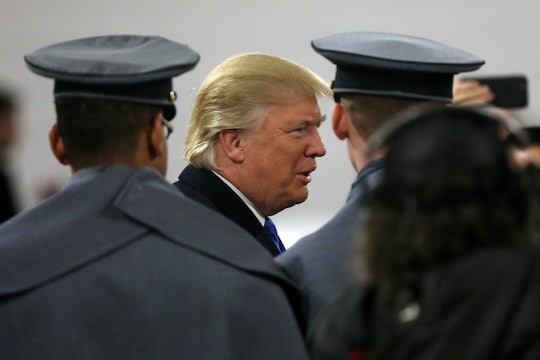 On Friday night, a CIA assessment concluded that Russia had intervened in the 2016 presidential election, intentionally or otherwise, leaking emails to Wikileaks meanwhile potentially allowing President-elect Donald Trump to move in for the overall general election win, according to The Washington Post. Trump did end up winning the election — whether or not Russia's efforts did actually help him is still up in the air — but Trump and his transition team this week curiously and quickly swatted down any allegations about the hacking, both in terms of how it may have affected the election and whether it happened at all. It's always big news when a president is criticized for being involved in something as major as this — but are Trump's hacking comments worse than Nixon's Watergate scandal? Say what you will about Trump's response to the CIA report, but one of the reporters who was on the front lines of Watergate, Carl Bernstein, believes things are much worse this time around — at least in one certain respect.

On Sunday morning, Trump went on Fox News Sunday to slam the allegations that Russia had interfered with the election, calling the claims "ridiculous." (It's important to note that, during the height of the campaign season, Trump had also called for Russia to reveal Hillary Clinton's "hidden" emails.) "I don't believe it," Trump said on Sunday, in regard to the Russian hacking report. "Every week it's another excuse."

Nobody really knows and hacking is very interesting. Once they hack, if you don't catch them in the act, you're not going to catch them. They have no idea if it's Russia or China or somebody. It could be somebody sitting in a bed some place.

Trump's transition team released a statement about the alleged hacking on Saturday as well, writing in an email to reporters,

These are the same people that said Saddam Hussein had weapons of mass destruction. The election ended a long time ago in one of the biggest Electoral College victories in history. It’s now time to move on and "Make America Great Again."

Trump's transition team did not respond to Romper's request for additional comment.

In response to Trump's comments, during an appearance on CNN on Sunday morning, Bernstein said that Trump's words were worse than Nixon's, according to The Hill. "Trump lives and thrives in a fact-free environment," Bernstein said. "No president, including Richard Nixon, has been so ignorant of fact and disdains fact the way this president-elect does ... Richard Nixon was nothing, in terms of lying, compared to what we have seen from Trump."

The comparison is perhaps up for debate, but the truth is that Trump has in fact lied in the past. Of all the statements that Trump has made both on the campaign trail and as president-elect, Politifact found that over 51 percent of those statements were lies. Still — does that automatically mean his comments about the Russian hacking scandal are worse than Nixon's Watergate cover-up?

In the context of his appearance on CNN, Bernstein was comparing Trump and Nixon's characters — not necessarily the "scandals" they fell into during their careers as politicians. Watergate, as a reminder, was the scandal that tied President Nixon to burglars who were trying to wiretap phones and steal secret documents from the office of the Democratic National Committee at the Watergate complex. Nixon then tried to take steps to cover it up and later resigned from office as president, after being reelected for a second term.

In contrast, Trump saying that Russia should find Clinton's hidden emails and then denying that Russia had no role in "hacking the election" looks pretty bad, though supporters could argue that his words, arguably, are in no way worse than the incredibly complex scheme that Nixon was a part of and the actions that Nixon took which led to his resignation. However, when it comes to dissecting Trump's character and tendency to deny factual evidence in times of national crisis, which Bernstein was doing, anything goes. And Bernstein should know: He was the young reporter who investigated the Watergate scandal and spent so much time getting to know Nixon's character as well. You'd be hard-pressed to find a more educated commentator on the subject.

Trump is known for stretching the truth sometimes. Until he does something as questionable as Nixon did while president of the United States, it may be unfair for anyone to draw comparisons between the two men's political legacies. But Bernstein was right in one respect: Both Trump and Nixon have set dangerous precedents when it comes to denying the facts as presented to them — and no matter what you believe, that's never a good thing.