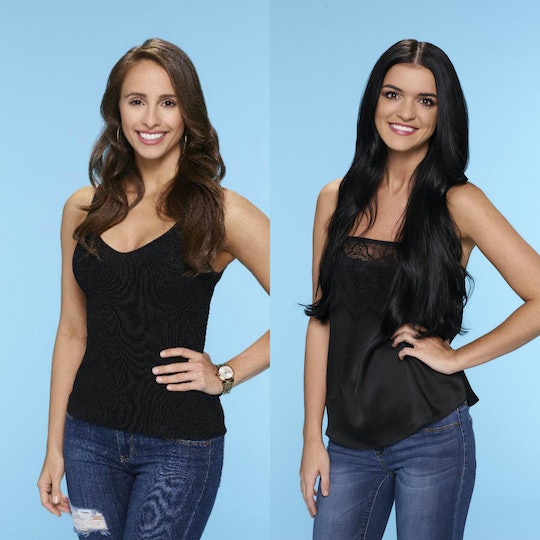 'The Bachelor' Final Two May Not Be BFFs

Despite the fact that they're competing for the same man, Bachelor contestants in seasons past have often formed friendships within the house. That's no surprise, given that the women are together 24/7 in a confined space for several weeks. Nick Viall's Bachelor season was no exception. Since the show finished taping, and throughout the season's airing, it's become clear that several of Nick's contestants formed lasting bonds (just not with Nick). Now that the season has reached its final two with Vanessa Grimaldi and Raven Gates, many are wondering: Are Vanessa and Raven friends on The Bachelor?

Given that it's down to the wire and Bach Nation fans will soon find out which woman Nick chose over the other, it's reasonable to think that whoever lost might hold a grudge against the other. After all, getting to the final rose ceremony, getting your heart invested in a relationship, and then getting it stomped on when you're passed over for another woman isn't likely to breed goodwill or BFF-ship between the two — if not resulting in straight-up resentment. On top of that, if memory serves, Raven and Vanessa haven't been seen interacting much onscreen throughout the season.

Based on their Instagram and Twitter accounts, it doesn't appear that Nick's final two women have seen one another much (if at all) since the season finished taping either. In any event, if they've hung out since filming, it's been kept purely offline. That's pretty understandable. As viewers learned all too well with the Corinne Olympios/Taylor Nolan ongoing drama, some women simply don't get along and aren't inclined to be friends — which is fine, obviously.

On the flip side, it does seem that both Vanessa and Raven did bond with other women in the house, if not with one another.

Vanessa has shared many photos of herself hanging out with Taylor, Danielle Maltby, and Kristina Schulman. In particular, she seems to be very close to Danielle M.

Raven, for her part, seems to have bonded the most with Rachel Lindsay.

Apparently, Raven and the future Bachelorette star got so close that Rachel even slipped her a note ("the most beautiful note [she'd] ever received") during the final three rose ceremony when she was sent home.

Whether there was resentment stemming from the fact that Nick rejected one of the women for the other, or if the two just never really got along well to begin with, one thing's for sure — #TeamVanessa and #TeamRaven viewers are dying to see who'll walk away with Nick's heart in the end.