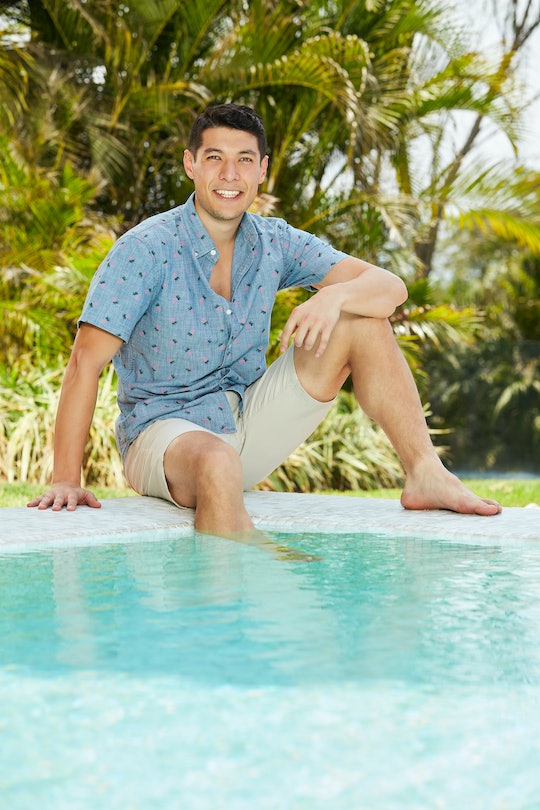 One of this season's most surprising Bachelor in Paradise couples has been John and Jubilee. While Jubilee earns euphemistic labels from her castmates like "spicy" and "complicated," John is nerdy, sweet, and pretty mellow. So fans are obviously wondering: are Venmo John and Jubilee still together after Paradise? Neither of them have posted anything incriminating on Instagram — but, of course, Bachelor franchise contestants are really good at keeping a low profile so as not to spoil their adoring fans. I will say that Jubilee was very effusive with her pro-John sentiments while live-tweeting their Bachelor in Paradise scenes together, which might be a clue that, if they're not still together, they're at least still on affectionate terms.

John was kicked off Becca Kufrin's season of The Bachelorette in Week 5 after failing to make an impression all season. But he was totally sweet — and apparently hiding a ridiculous set of abs which were finally revealed on Bachelor in Paradise. While in Paradise, he first attracted the attention of Caroline, who took him on his first one-on-one date. While she said she liked him, she also seemed distracted and anxious on their date and afterwards.

John appeared to have a much easier go of it with Jubilee, who also asked him out when she entered the game as a late-comer. This is Jubilee's second time in Mexico, so it makes sense that she's a little more sure of herself than Caroline.

She's also had to fight a pretty brutal reputation on the franchise, which she and John seemed to indirectly bond over. Jubilee is a military veteran who was born in Haiti and orphaned at age 6. Her three older brothers also died, and in all likelihood, her younger sister did, too. (Jubilee was adopted as a child and lost track of her surviving sibling after being brought to the United States.)

Her intense backstory is little heavier than what is normally seen on The Bachelor. She felt largely ostracized on Ben Higgins' season, and he was often left coming to her defense as the other women threw jabs like questioning her potential as a soccer mom. Ben eventually eliminated her and it sparked debate about the obstacles of having a "complicated" past for a woman on this show. She went to Paradise determined to be "happy Jubilee," but never made a real connection there.

This season, however, she promptly bonded with John, affectionately known as "Venmo John" for developing the Venmo app, over their similar career interests. He's a software developer and she worked in communications in the military. So there was some pretty adorable nerding out over programming stuff on their zip-lining date. They also frankly discussed the challenges of being non-white contestants in the Bachelor franchise. Their connection seemed genuine and easy, so it's no surprise that John gave Jubilee his rose after their date. (Sorry, Caroline.) It's hard to imagine either of them becoming distracted at this point, but anything can happen in Paradise, so we'll just have to stay tuned.