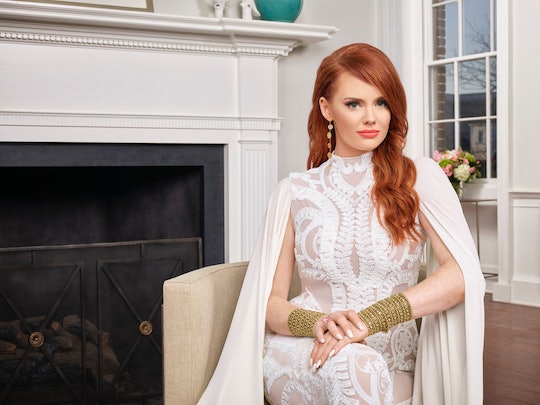 Everyone Is Wondering About Kathryn & Whitney On 'Southern Charm'

In the trailer for Southern Charm Season 6, Chelsea and Austen indulge in a little gossip: while at dinner, she asks him about Kathryn and Whitney getting "back together," addressing a bit of longstanding speculation about the pair. In response, Austen claims that they had already hooked up over the summer. So are Whitney and Kathryn dating?

If they are, then they aren't doing so publicly. On the show, both Whitney and Kathryn admitted to a long-ago hook-up before her relationship with Thomas began. But ever since then, they've kept things strictly platonic. They've joked about the possibility of more, though it doesn't seem to be something that ever happened. While filming the Season 4 reunion, they told Bravo that they had a very big announcement and declared that they were engaged, but it was all in good fun.

In a May 2018 appearance on Watch What Happens Live With Andy Cohen, a viewer asked Kathryn if she would ever get together with Whitney again. "Probably not, no," she said simply, without elaborating. If there's something going on between Kathryn and Whitney, then neither of them is sharing the news with the world yet. From all outward appearances, they do just seem like friends.

But that doesn't stop the topic from coming up time and time again. In May of this year, Kathryn and Patricia (who have unexpectedly bonded in recent months) did an interview together for Entertainment Tonight. When the Whitney and Kathryn rumors came up, Patricia decided to answer on Kathryn's behalf. Though they would love to be in-laws now that they're basically besties, it doesn't sound like that's something that will actually come to pass.

"This is what Whitney told me," Patricia explained. "He said, 'I love Kathryn, we're good friends, but a southern gentleman would never discuss what he does with a lady." She then added, "You're talking about consenting adults. So, who cares? My question is, who cares?"

Chelsea cares, apparently! Bravo provided a sneak peek that extended the scene from the trailer where she and Austen discuss what may (or may not) have happened with Kathryn and Whitney. After getting the hot gossip from Austen, Chelsea decides to take matters into her own hands by asking Whitney herself. She prefaces her question by saying it's inappropriate and nosy, but she wants to know if Whitney had slept with Kathryn over the summer.

He denies it immediately, but in a flustered, fumbling way that probably won't put the rumor mill to rest. He was certainly taken aback by Chelsea's inquiry and tried to turn it around on her by asking if she'd slept with Chelsea, even though she is Chelsea. When he told Kathryn about the whole kerfuffle, she only said, "Oh boy."

Kathryn and Whitney do have a past together, but so far it hasn't translated into a lasting romantic relationship. It may not stop fans and co-stars alike from speculating, but both Kathryn and Whitney have unceremoniously shut the rumors down time and time again. People may continue to wonder, but they've already gotten their answer.