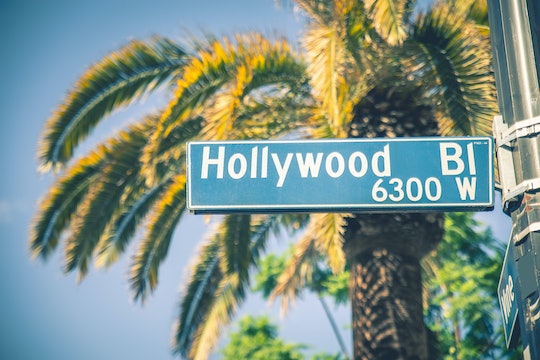 Here's What The Flu Situation Is Looking Like In Los Angeles

The flu outbreak is especially bad this year, and plenty of people are worried about their health. In some places, such as California, the effects of this year's flu appear even more pronounced. So are you in danger of the flu in Los Angeles, and how can you stay safe from this year's strain? It's a concerning outbreak, and the effects are far-reaching.

This year's flu outbreak has hit many areas especially hard, including parts of California. For the week ending December 30, 2017, 27 influenza-associated deaths in persons younger than 65 were reported by the California Department of Public Health (CDPH). By January 15, 2018, the flu death total in California had risen to 42, as explained in the Los Angeles Daily News. This alarming number of deaths has resulted in additional problems for the state. ERs are packed with patients, and some California pharmacies have run out of flu medications, as reported by KTLA. It's a serious health concern for many people, particularly those in the populations most vulnerable to infection, and we're not even close to seeing the end of this epidemic just yet.

But this serious threat isn't limited to the Golden State, either. As noted by the Centers for Disease Control and Prevention (CDC), there's widespread flu activity across much of the entire United States. This year's flu outbreak has definitely been tough on many people.

In general, the people who are most vulnerable to the flu outbreak are children younger than 2, adults older than 65, pregnant and immediately postpartum women, and residents of long-term care facilities, as explained by the Centers for Disease Control and Prevention (CDC). People with many types of medical conditions, including kidney disorder or weakened immune systems, may also need to be on alert, as further outline by the CDC. If you have any specific concerns about your vulnerability to the flu, consult your physician for more tailored advice. With the severity of this year's outbreak, it isn't worth taking any risks, particularly if you have current health compromises.

Why is the flu so dangerous in these instances? Although most people who get the flu tend to bounce back after a couple of weeks' rest, people in these vulnerable groups may be more likely to experience complications from catching the virus. These are the real threats: Complications such as pneumonia, bronchitis, and even ear infections are sometimes serious enough to put people in the hospital, as further explained by the CDC. In some instances, the complications can even lead to death.

With that in mind, everyone should know the differences between cold and flu symptoms. Sure, it's easy to think of the flu as a sort of super-cold, but it often has distinct symptoms from the common cold. For example, flu symptoms often include extreme exhaustion, severe body aches and pains, and fevers in the 100-102 degree Fahrenheit range that last for a few days, according to WebMD. In addition, the symptoms that colds and flus have in common, such as chest aches and coughing, tend to be more severe in the case of the flu, as further noted by WebMD. If you're in any doubt, then a trip to your doctor may be in order.

And if you've escaped all symptoms of the disease so far, there's still time to protect yourself with a flu vaccine. "Although influenza season usually peaks between December and February, flu activity can occur as late as May, which means it is not too late to get vaccinated," said CDPH director and state public health officer Dr. Karen Smith on the CPDH website. Getting vaccinated may be your best bet against this year's flu, so don't hesitate to get that shot. And if you are experiencing flu-like symptoms, early intervention is equally important as the CDC stated that taking antiviral medications within the first 48 hours of catching the virus makes it most effective.