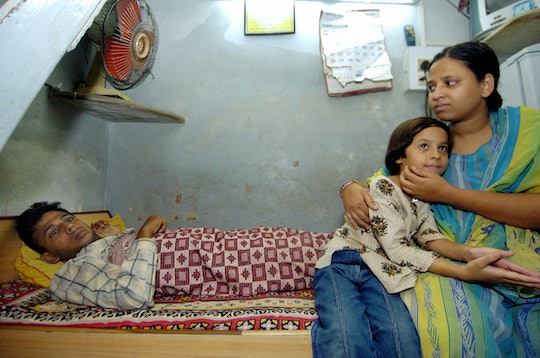 Are Zika & Dengue Symptoms Similar? The Two Viruses Have A Close Relationship

As the Zika virus continues to spread across the world, people want to know how to protect themselves from getting the disease and what to look for if they're concerned they've been infected. And if you travel to a known Zika zone and have symptoms, how to you know if that's what you have versus other mosquito-borne illnesses like dengue. Are Zika and dengue symptoms similar? The two diseases have much in common.

Zika and dengue are related and are both transmitted by the same type of mosquito, the Aedes species. Chikungunya is also transmitted by the same mosquito. So if you've been to an area with these types of mosquitoes and start to worry you might have contracted an illness, how can you be sure? What are the symptoms to look out for and how can you tell if you have Zika or dengue or something else?

Zika symptoms tend to be milder than Dengue, but both include a rash, fever and joint or muscle pain. In fact, many people who contract the Zika virus will never notice any symptoms at all. One distinction is that Zika symptoms include red eyes, while Dengue gives victims a bloody nose or gums. Once an illness has progressed to that point, the Centers for Disease Control recommend seeking medical attention.

Those at the most danger from Zika are pregnant mothers. A link has been found between Zika infection while pregnant and microcephaly, a catastrophic birth defect, which medical professionals think might be showing up in as high as 13 percent of pregnant women exposed to Zika, the Washington Post reported.

But while Zika continues to grab headlines, dengue appears to be just as serious of a threat in many parts of the world, according to the Wall Street Journal. Brazil registered 50 percent higher rates of reported dengue than the previous year, in addition to the spread of Zika, adding confusion for medical professionals across the country in treating patients.

"In many parts of the country, clinics and emergency rooms are struggling to cope with overflows of patients complaining of rashes, fever, headaches and joint and muscle pain, the symptoms that give dengue its chilling nickname, 'breakbone fever,'” the Wall Street Journal reported. "Many patients face the added anxiety of not knowing whether they have contracted dengue, Zika or a third, similar mosquito-transmitted virus, Chikungunya. All are currently at record levels in Brazil."

Making matters even worse is emerging evidence that patients who already have Dengue antibodies, which anyone who had already been infected with dengue and recovered would have, serve to intensify the Zika virus and its symptoms and effects, according to the Center for Infectious Disease Research and Policy.

The relationship between the two diseases does offer one glimmer of hope however, researchers think that ultimately they will be able to develop one single vaccine for both viruses.