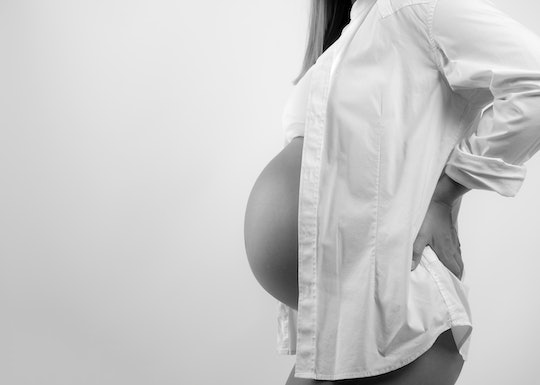 Yesterday was an important day for women in the United States. It was Equal Pay Day, which represents that, on average, women have to work three months longer than men in order to make the same salary. And while April 4 is an important reminder of how far we still are from true equality, perhaps a more visceral reminder of the wide equality gap that persists is the anti-abortion law that was just passed in Arizona. Why? Well, now that Arizona's "Delivered Alive" bill has been signed into law, it illustrates a huge setback for women everywhere.

The new bill, which officially became law last Friday when Republican Gov. Doug Ducey signed the legislation already passed in the Arizona legislature, aims to place even more restrictions on medical centers that provide late-term abortions. Specifically, it mandates that any doctor who completes an abortion procedure must "try to revive fetuses that show any signs of life and to have the needed equipment on hand," among other things, according to the Associated Press. And while the complete ramifications of this new law are all crucial, the notion of the state maintaining even more control of a woman's body is disheartening in and of itself, and women like Annmarie Stone have come forward to explain why that is.

As multiple news sources have reported, Stone presented her testimony to the state's lawmakers before the bill was passed, explaining her own pain due to a miscarriage. Stone urged them that being able to just hold her baby was what she needed then, not doctors' hands flying everywhere and less time to grieve.

"You start doing medical intervention, it starts to seem cruel," she said. "Just do what you can to be kind and to let the parents move on." While Stone didn't have an abortion, she spoke to the pain that mothers feel when their pregnancy ends sooner, and more tragically, than they expected. And Arizona's new law, Senate Bill 1367, takes all compassion out of what is already a painful time for women and families.

In addition to requiring efforts be made to save a fetuses life, the new law also "outlines minimum care and reporting standards as well as sanctions and penalties for hospitals that do not comply." And while the bill's supporters claim that this new legislation will help save the lives of aborted fetuses, as Rewire reports, this may not actually be the case:

Arizona's new law is a setback for women everywhere, as it seems to be the first step for Arizona to outlaw abortion at all stages. And while Arizona is controlled by Republicans right now, so is the United States Congress and White House. Because of that, Arizona serves as a scary example of what might happen to women's rights in this new political era, if legislators are able to force through bills like this one.