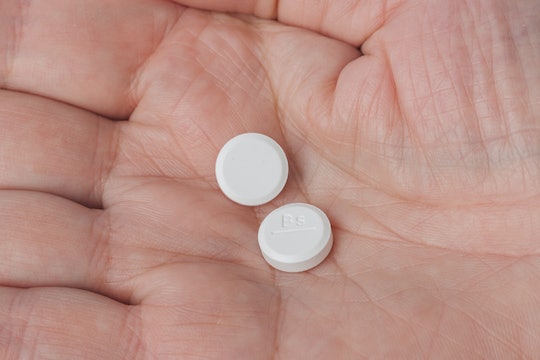 Arkansas Is The First State To Ban Medication Abortions, & It Could Have Dangerous Effects

Arkansas is among several states that have passed severe abortion restrictions and put the health of its residents at risk. That includes Act 577, a law passed by the Arkansas legislature in 2015 that would force doctors who provide medication abortion services to obtain admitting privileges at a nearby hospital. Planned Parenthood had challenged the legislation, and asked the U.S. Supreme Court take up their lawsuit. But SCOTUS announced that it would not hear the case, which means Arkansas becomes the first state to ban medication abortions. And abortion advocates argue that will endanger the lives of thousands of people seeking the procedure in the state.

A lower court initially blocked Act 577 from taking effect in late 2015, when Planned Parenthood filed a lawsuit against the anti-choice law on the grounds that it's unconstitutional, according to CNN. But that decision was reversed in July 2017 by the Eighth Circuit Court of Appeals, which sent the case back to the district court to, as CNN reported, "how many women would be unduly burdened by the so called 'contract-physician' requirement."

Planned Parenthood turned to the Supreme Court in response, hoping it would take up the case and reverse the Eighth Circuit's ruling. But, advocates say, because SCOTUS declined to hear the case, not only does Arkansas become the first state to ban medication abortion, it will also leave all but one clinic that provides abortion care, according to CNN.

We are deeply disappointed in the Supreme Court’s decision to deny Arkansas women the opportunity to be heard. Act 577 is the triumph of politicians over science, and it’s women who will suffer as a result. Its requirements are dangerous and medically unnecessary, and they are nothing more than a repackaged version of the restrictions struck down by the Supreme Court in Whole Woman’s Health [vs. Hellerstedt].

Advocates claimed that Arkansas' Act 577 is nothing more than a repackaged version of Texas House Bill 2 — otherwise known as H.B. 2 — which, in part, would have forced doctors to gain admitting privileges at a hospital within 30 miles of an abortion clinic, according to The Austin Chronicle. But, in 2016, the Supreme Court ruled in the Whole Woman's Health case that two major provisions of H.B. 2 are unconstitutional, blocking the draconian law from taking effect, The Austin Chronicle reported.

Citing the SCOTUS decision in Whole Woman's Health, Planned Parenthood argued that the Eighth Court's ruling directly contradicted the precedent that was set, according to Rewire.News. Since the Court refused to hear the case, Planned Parenthood returned to the district court to request a temporary restraining order to block Act 577 from taking effect, Rewire.News reported.

Hill said on Tuesday, according to an email statement:

We are working urgently to restore access to medication abortion services at our health centers in Fayetteville and Little Rock. We will not stop fighting to ensure that every woman has access to essential, constitutionally-protected care, without politicians controlling when, how or why.

In the petition filed with the Court, Planned Parenthood claimed that residents of Fayetteville, Arkansas, who are seeking an abortion would have to travel more than 700 miles to Little Rock in order to comply with the state's anti-abortion laws, including Act 577, according to Rewire.News. But research shows that restricting abortion to the point where people have to travel the length of an entire state for care only increases their financial and health risks. As Dawn Laguens, executive vice president of Planned Parenthood Federation of America, said in an email statement:

Arkansas is now shamefully responsible for being the first state to ban medication abortion. This dangerous law immediately ends access to safe, legal abortion at all but one health center in the state. If that’s not an undue burden, what is?