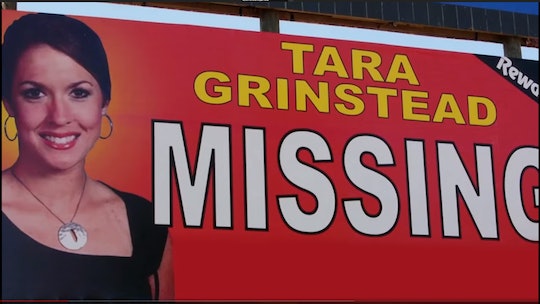 Ashleigh Merchant Had Experience With High-Profile Cases Before 'Up & Vanished'

Super popular podcast Up & Vanished makes its television debut on Sunday night, coming to Oxygen with a featured special. Host Payne Lindsay will follow up on the cases of two men arrested for the murder of Tara Grinstead, picking things up where the podcast ended. One person who is likely to be featured in the show is Ashleigh Merchant, one of the criminal defense attorneys hired by Ryan Duke, one of the men accused of Grinstead’s murder. But what are Ashleigh Merchant’s high-profile cases? Who is this woman who will defend the accused murderer? Fans of the podcast may want to know more.

Merchant is a criminal defense attorney practicing law in Marietta, Ga. as a partner at The Merchant Law Firm, according to the Atlanta Journal-Constitution. Her husband, John, is also listed as an attorney on the firm’s website. Merchant has been involved in a few cases that have made the news, most notably a few that went all the way to the state’s supreme court.

In the case of a man accused of murdering two people in conjunction with a robbery, Merchant successfully argued that her client’s rights were violated when the judge, who was campaigning for office, failed to recuse himself from the case, according to the Georgia Supreme Court's decision. Because the district attorney was working on the judge’s campaign committee, Merchant argued that the judge should have recused himself from the case. The justices agreed and the case was reassigned.

In another instance, Merchant argued before the state supreme court that she should have received copies of audio tapes that she requested in a case. The court reporter and a judge had denied her copies, but made the tapes available for review. Merchant sued the court reporter’s firm, the judge, and the court reporter herself, and appealed the case to the Georgia Supreme Court.

Merchant was also the defense attorney in a case involving a father who was on trial for the death of his infant son in a hot car. Atlanta's WSB TV covered the news of the father’s divorce from his wife, which might have had significant impact on the case if it were not already the case of a crime against a child. In any other kind of case, the divorce would have freed the wife from the privilege of not being compelled to testify against her husband, the station reported. But because the case was a crime against a child that privilege was already suspended and Merchant told the station the divorce would have little impact on the proceedings.

Merchant’s expertise in high-profile cases has made her a sought-after commentator of cases she’s not even involved in. According to IMDb she has appeared on Fox and Friends, Cavuto on Business, Shepard Smith Reporting, Happening Now, and America’s News Headquarters. Her firm’s website features videos of several of her appearances, including one about drug companies who refuse to provide drugs that are used in lethal injections.

Ryan Duke, accused of the murder of Tara Grinstead, hired Merchant and her husband (and partner in her law firm) to defend him in August of 2018, according to WALB. Watch for the attorneys on Oxygen’s special feature, airing on Nov. 18 at 7 p.m./6 p.m. CT.