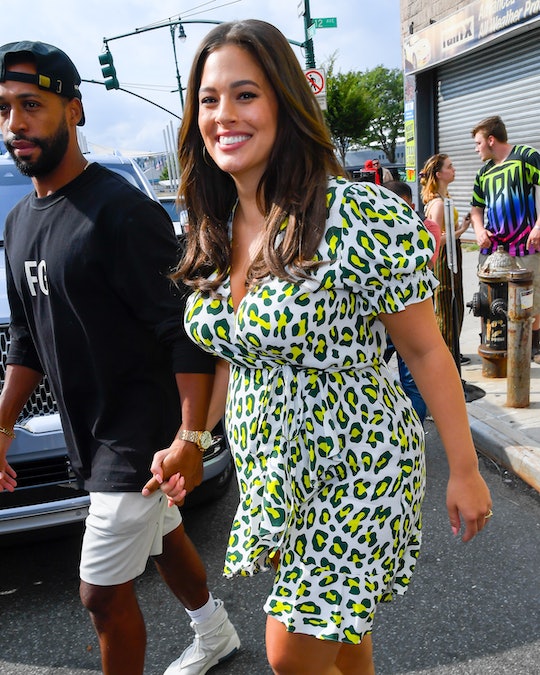 Despite it happening at a very inconvenient time and place, Ashley Graham handled her "first diaper blow up" like an absolute champ.

"Sh*t just got real!" Graham captioned a photo of herself, crouching in an aisle of the office supplies store Staples while changing her infant son's diaper. "First diaper blow up while running errands with no restroom in sight! Thank God I remembered to put the changing mat in the diaper bag!!!" (Don't worry, the new mama made sure to cover her baby boy's face and bottom with strategically-placed hearts.)

Graham's Instagram followers could relate so hard to this scene, as evident by their many supportive comments. Fellow boy mom Amy Schumer declared, "That’s a Queen right there." Meanwhile, Jenny "JWoww" Farley from Jersey Shore wrote, "I know that feeling. Gotta do what u gotta do." American Idol alum Jordin Sparks wrote, "Been there!! You go mama!"

Graham's non-celebrity followers also chimed in with knowing comments. One person wrote, "Hahaaa been there mama! Get it!!" Another follower chimed in with a decidedly less-prepared anecdote. "I showed up to my first pediatrician appointment with NO diaper bag ... You are SO ahead of the game."

On Jan. 20, Graham announced her baby boy's arrival via her Instagram Story. And about a week later, Graham shared that she and her husband, Justin Ervin, had named their son Issac Menelik Giovanni Ervin.

Since then, the new mom has posted regular updates about her postpartum recovery, motherhood, and her newborn. On March 1, for instance, Graham shared a sweet shot of her family of three, which featured an exhausted-looking, fresh-faced mama and an equally tuckered-out daddy. "We’re not tired, you’re tired," she captioned the photo. (Meanwhile, baby Issac appears to be fast asleep on Ervin's chest. Because of course he is.)

During her first six weeks of motherhood, Graham has managed to establish herself as a breastfeeding advocate by sharing a photo of herself openly nursing her son at a restaurant, along with another shot of herself pumping during an Uber ride. She has also (unsurprisingly) carried on her body-positive attitude — having shared a photo of her postpartum tummy while wearing disposable underwear and also showing off her stretch marks in another Instagram post.

Basically, Graham is a seriously relatable celeb mom who hasn't hesitated to keep it real about all things related to motherhood, messy diaper blowouts and all.