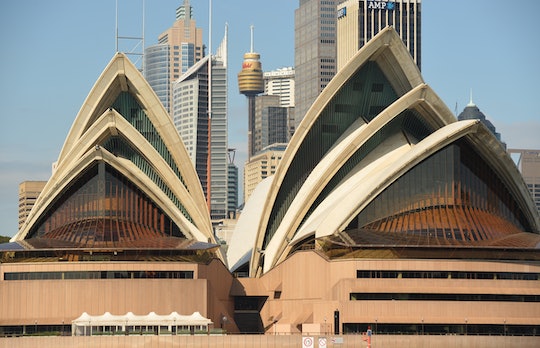 Australian Gun Control Laws Are Much Stricter Than The U.S., & Here's What We Can Learn From Them

Australia has cautioned its citizens that while it's OK to exercise normal safety precautions when traveling to the United States, there is "a generally higher incidence of violent crime, including incidences where a firearm (gun) is involved." The country's former deputy prime minister, Tim Fischer, thinks that it's time for the U.S. to step up and reform gun control laws, and says there are a number of lessons the U.S. could learn from Australia. He's also cautioning Australian travelers against coming to the U.S.

"It's time to call out the USA," he told ABC News on Thursday, noting that a person is 15 times more likely to be shot in the U.S. than they are in Australia.

The NRA in particular needs to be called out for their unacceptable blockage of any sensible reform, including magazine limitation.

Australia actually serves as a prime example of how gun laws can actually be effectively reformed. In 1996, 28-year-old Martin Bryant entered a café at Port Arthur in Tasmania, calmly ate lunch, and then pulled a rifle from his bag. The shooting spree killed 35 and injured 23 others — and that was more than enough for then-Prime Minister John Howard to introduce the National Firearms Agreement. The legislation outlawed pump-action shotguns and automatic and semi-automatic rifles. A buyback program from the government brought over 640,000 firearms back to authorities.

I'm a bit sick and tired of the US chucking handballs at us, putting into their travel advice that it's not safe to go to Sydney [after the Paris massacre].

Many weren't happy with Howard's decision — but, while wearing a bullet proof vest, he addressed the nation and said he was going to do it anyway. In the 19 years since, there have been zero mass killings, and their firearm mortality rate has been more than halved.

The NRA has said Australia's gun laws were not effective, but the data shows they were, with gun-related homicide decreasing by 7 percent a year every year after the laws were introduced.

Obama is pressing for gun reform in the States, telling BBC that the lack of "common-sense gun safety laws" have been the frustration of his presidency. With Wednesday's mass killing being the 355rd mass shooting this year, let's hope the government can leave the country with as good a legacy as Howard did in Australia.