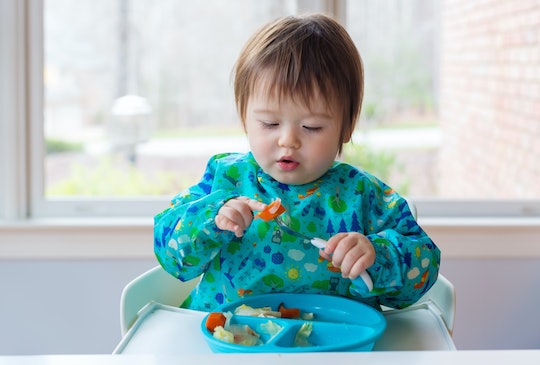 Many people with food allergies often find that their possibly life-threatening conditions get brushed aside by the larger public as part of their imagination. But as the medical field dives more and more into understanding allergies, it's become alarmingly clear that they can't be brushed aside. The more people learn, the more surprises are discovered, like recently when a study found autism and food allergies may be linked.

"Association of Food Allergy and Other Allergic Conditions with Autism Spectrum Disorder in Children" was digitally published on the JAMA Networks Open website. The study, conducted by researchers from the University of Iowa, was inspired by the link found between children with autism spectrum disorder (ASD) and gastrointestinal disorders. Although the link between autism and gastrointestinal disorders had been previously explored, researchers noted in the study's abstract that "little is known about the association between food allergy and ASD."

With food allergies, the body's immune system creates antibodies to fight substances within particular food products that it perceives as harmful. Researchers analyzed the information of nearly 200,000 children between the ages of 3 to 17 collected between 1997 to 2016. As noted by The Kansas City Star, data came from the U.S. National Health Interview Survey, an annual Centers for Disease Control and Prevention survey of American households.

However, it's important to note that this study was observational. Researchers were working with previously collected data, which meant they could not observe a cause-and-effect relationship. In short, researchers have found data that suggests a link, but have no idea where this link stems from.

Another issue is that all data is self reported. This means that researchers can be missing information from children on both ends. Self reported data means that it's up to an individual to report and some people may not know what to look for. Additionally, it's possible that parents or caretakers are mistakenly reporting food allergies that may not exist.

"I wouldn't want people to misinterpret this to say that a food allergy is causing autism," pediatric allergist Scott H. Sicherer told the American Journal of Managed care. According to Sicherer, the NHIS survey asked if the child had "any kind" of food allergy or digestive issue, which doesn't follow the definition of a food allergy.

The American Journal of Managed Care also reported that Sicherer cautioned against drawing any conclusions from the study. In order to understand any possible pathways between the two, more research needed to be done.

Reported food allergies in children have been on the rise, the American Journal of Managed Care reported, so it is important to be aware of first aid and basic allergens. Although a child can be allergic to any food, Kid's Health notes there are eight common allergens which account for 90 percent of all reactions in kids: milk, egg, peanuts, soy, wheat, tree nuts, fish, and shellfish.

Reactions can range from hives, swelling of the face or extremities, to wheezing, abdominal pain, fainting, or others. There is no single way for an allergic reaction to appear, as it depends on the individual. But, it is clear that food allergies are serious, and it's important to commit to understanding them. In the future, with more studies, scientists will be able to further explore any link between autism and food allergies.