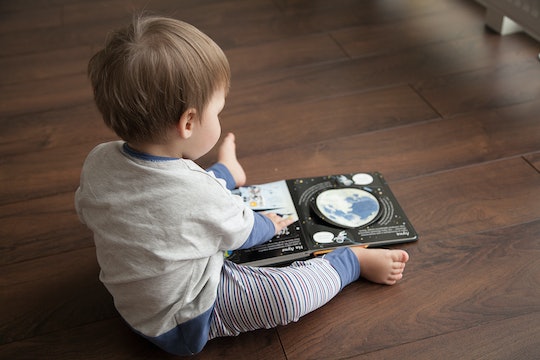 Autism Rates Are Increasing, Report Finds, But Not For The Reasons You Think

New data from the Centers for Disease Control and Prevention reports that autism may be more common in children than we think — even more common than researchers believed even a few years ago. The report from the CDC says about 1 in 59 children in the United States live with autism spectrum disorder. The previous number, released in 2016, was 1 in 68 children. But experts aren’t sure if the numbers are actually going up, or if people are just getting better at identifying autism, particularly in children.

The report, published Thursday, tracks autism in 11 communities across the country, according to CBS News. It offers estimates of both the prevalence and characteristics of autism spectrum disorder among over 300,000 8-year-old children, and is considered a "detailed" look at autism in those areas, but it can also give researchers some idea of how autism spectrum disorder may be on the rise in general.

The latest estimate represents a 15 percent increase in autism prevalence from two years ago, and a 150 percent increase since 2000, according to CNN. Experts can't be sure yet whether the increase is actually thanks to improvements in how we recognize and diagnose autism spectrum disorder, which would be a very positive sign indeed.

The rise in numbers is partly due to an increase in diagnoses among African-American and Hispanic children, according to USA Today. In the 2012 report, white children were diagnosed 50 percent more often than Hispanic children, the outlet reported. They were also diagnosed 20 percent more than African-American children. This latest report shows that that gap has shrunk to 20 percent among Hispanics and 10 percent among black children. That's actually really good news when it comes to understanding autism spectrum disorder, and when it comes to advocating for inclusion and acceptance of the whole autistic community.

This report is published every two years by the Autism and Developmental Disabilities Monitoring Network, USA Today reported. Reactions to the new data were swift, and the Autistic Self Advocacy Network, an organization which "seeks to advance the principles of the disability rights movement with regard to autism," reacted to the news by saying that, while the news is encouraging when it comes to recognition and support, there's still a lot of work to do to foster acceptance.

In a statement, ASAN wrote about the racial disparities in diagnoses of autism spectrum disorder in particular. The statement read in part:

The results indicate that better recognition of autism, and an encouraging reduction of racial and gender disparities in diagnosis, have caused rates of diagnosis to rise slightly in the communities surveyed. There is more work to do to address the diagnostic disparities that remain, and to ensure that autistic people in all communities receive the supports we need.

And speaking of communities, the new estimated rate of autism in the U.S. is based on data collected from kids in communities in Arizona, Arkansas, Colorado, Georgia, Maryland, Minnesota, Missouri, New Jersey, North Carolina, Tennessee, and Wisconsin, according to CNN. But there were even some differences in how the CDC gathered the data it did from those communities.

New Jersey’s rate was the highest at one in every 34 children, according to Gizmodo. And while Arkansas had the lowest rate — one in every 77 children — it is also the only state in the report that collected data on autism prevalence from the entire state — including rural areas, BuzzFeed reported. That may have led to a lower estimate there compared to states like New Jersey, where kids may be grouped in urban areas with diagnostic facilities for children who may have "developmental concerns" or be autistic, according to Daisy Christensen, an expert who leads autism surveillance at the CDC's National Center on Birth Defects and Developmental Disabilities. So the numbers might seem higher there, when really, it could be a reflection on access to services and testing.

While it's definitely a good thing that the racial disparity gap is closing when it comes to diagnosing autism spectrum disorder, the gender gap is not. ASAN wrote in its statement:

Autistic women and girls also remain shockingly underdiagnosed, leaving many without needed services and supports. We must keep working to ensure equitable access to culturally- and gender-competent diagnosis.

So while it's of course a good thing that experts are getting better at identifying autism across race, the same thing needs to be done across gender.

Diagnosing autism accurately across race and gender and diagnosing early means interventions can be implemented earlier on for anyone who needs them. By identifying autism spectrum disorder in more kids at a younger age, those kids will be more likely to receive accommodations in all areas and be better able to advocate for themselves throughout their lives. As the numbers go up when it comes to just how "common" autism is, just remember that that likely means understanding, advocacy, and acceptance are actually rising, and that can only be a good thing.