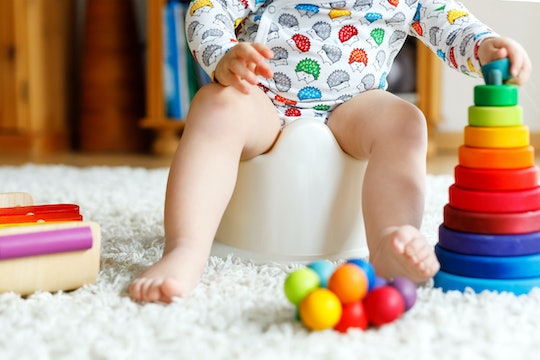 Autism affects hundreds of children each year, and based on calculations from health organizations, that number is expected to grow. Parents of these children are constantly looking for new research and news that could help answer many of their questions about how to proceed with treatment for their children. And, today, they've found it. Autism screening may be able to be done sooner than previously thought, according to new research, which means earlier diagnosis can lead to earlier interventions.

Previously, parents were told to have children screened for autism spectrum disorders at 18 and 24 month check-ups with additional screening for siblings of those already diagnosed, according to the CDC.

Now, a new study published in JAMA, suggests that children as young as 14 months can be tested with great accuracy, according to CNN.

And the benefits would be invaluable for parents.

The study, which included 1,269 San Diego-area toddlers, showed that 84 percent of kids who received an ASD diagnosis when they were screened were likely to receive the same diagnosis at age 3 and 4 screenings.

Early diagnosis could help stop many learned behaviors (like head-banging, self-isolation, and others) from forming and give children with autism spectrum disorders different ways to cope, according to CNN.

The earlier the diagnosis, the earlier intervention can take place, improving learning, communication skills, and social skills, as well as the child's brain development, according to Autism Speaks.

"The sooner you can address issues of ASD, the better the outcome for the child," Karen Pierce, the first author of the study, and a professor of neuroscience and co-director of the Autism Center of Excellence at the University of California, San Diego, said, per Science Daily.

The key is the flexibility in the minds of very young children.

"It's conceivable that outcomes for children with autism could be improved if treatment occurred during this period of rapid brain growth, rather than after, which is more commonly the case," Pierce added.

Last year, the Centers for Disease Control and Prevention found that one in 59 children are diagnosed with an autism spectrum disorder, with boys being four times more likely to be affected by the condition than girls, according to Autism Speaks.

People with an autism spectrum disorder can have difficulty interacting and communicating with others, repetitive actions, very specific interests, and symptoms that keep the person from functioning in everyday life, according to the National Institute of Mental Health.

The word "spectrum" refers to the fact that autism has a wide range of symptoms and severities, meaning no one case is the same, according to the National Institute of Mental Health.

A number of therapies, including behavior and speech therapy, could potentially help reduce the effects of symptoms in kids with ASD, according to Scientific American.

Early symptoms of autism can include hand-flapping or body rocking, extreme resistance to changes in routine, and sometimes aggression or self-injury, according to WebMD.

For younger children, symptoms may include speech delays and avoiding eye contact.

The key to fighting autism may be in early diagnosis. The sooner a diagnosis is made, the sooner treatment can begin, meaning a better future for the child.

More Like This
Viral Hives In Children: What Doctors Want You To Know
A Parent’s Guide To Stomach Pain In Kids
Julia Fox’s Apartment Tour Is Peak Mom Realness
The Best Travel Tips For Solo Parenting
What Parents Are Talking About — Delivered Straight To Your Inbox