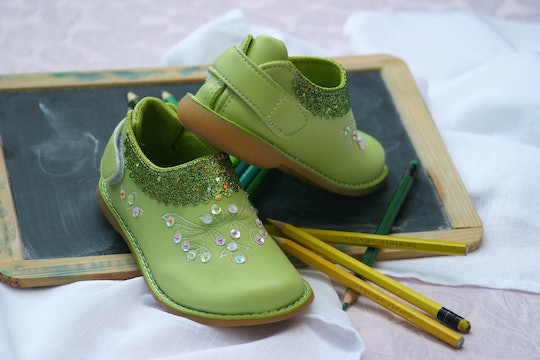 Did This Baby Just Walk After Birth?

Amid all the muck and vitriol that crowds its every corner, the internet is still a place where many go to be amazed — and Facebook really delivered recently with a video of a baby appearing to "walk" right after birth. And the short clip, which features the unidentified baby girl and an apparently astonished midwife who was involved in her birth just moments before, does come across as pretty remarkable to the untrained eye. That, of course, accounts for the nearly 80 million (and counting) views it's amassed since hitting the web just days ago, as impressed netizens have borne witness to the newborn's striding motions as the medical professional supports her.

But this little girl was never going to take off from the hospital on foot, as there's actually a slightly less intriguing explanation. But first, the facts of the video, because it never hurt anybody to be totally enthralled for just a little while longer: Believed to have been recorded in Brazil's Santa Cruz Hospital based on the insignia on the midwife's scrubs and posted to Facebook by Arlete Arlantes May 25, it shows the baby draped over the midwife's arm but seemingly to motor forward, one foot in front of the other.

"Oh my gosh, the girl is walking. Good gracious!" the midwife says, according to The Independent's translation. Soon after, she adds to the others in the room. "Merciful father. I was trying to wash her here and she keeps getting up to walk."

Describing the video for The Sun, Janet Tappin Coelho was particularly impressed:

The midwife then lifts the baby up and returns the infant back to the original position and in an astounding burst of strength, the little nipper refuses to lie down on her front, pushes up onto her legs and resumes her astonishing journey across the neonatal table once again.

It truly would be astonishing if the baby were, in fact, walking so soon after arriving into the world. Typically, babies don't even start crawling until they are between six and 10 months old. And while they tend to take their first steps between nine months and a year, most hit the full-fledged walking milestone by the time they 14 or 15 months old.

While it's certainly exciting (and preferable) to imagine that there is a miracle baby in our midst, there reality is that there's... not (at least not because of the "walking"!). It's much, much more likely that the baby in the video is displaying the stepping reflex. According to the University of Rochester Medical Center, babies sometimes take steps or "dance" when they are upright with their feet in contact with a solid surface, and the reflexive urge to do this generally lasts for about the first two months of their lives. Dr. Kenneth Wible of Children's Mercy Hospitals and Clinics in Kansas City told the Tech Times that these little ones do even despite the fact that they definitely are not yet able to hold their own weight.

But, really, go ahead and forget that last paragraph and revel in the sight of a newborn walking. It's way more fun that way.