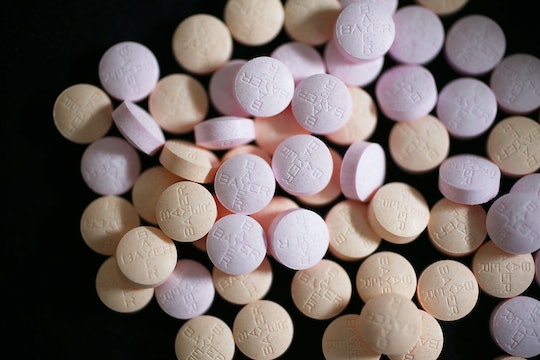 It’s been known for some time that taking a low dose of aspirin can help reduce the risk of heart attacks and strokes. But new research has found that baby aspirin could also prevent breast cancer in women if they take it at least three times a week. This new evidence adds to a long list of many other types of cancers ― such as colon, stomach, esophagus, and prostate ― that this household drug’s powers have been proven to protect against.

To get to their findings, researchers looked at data from more than 57,000 women who had no family history of breast cancer, most of whom were in their early 60s and white, according to the research published in Breast Cancer Research on May 1. They then looked closely at the nearly 23 percent of women who reported using low-dose aspirin regularly ― 81 milligrams, at least three times a week ― and compared their health to women who had never took low-dose aspirin on a regular basis.

Over seven years, researchers found that women who regularly took baby aspirin were 16 percent less likely to develop breast cancer and they observed a “modest” 20 percent reduction in risk of developing the most common type of breast cancer, hormone-receptor-positive and HER2-negative.

“This is the first report to suggest that the reduction in risk occurs for low-dose aspirin and not for regular-dose aspirin and only among women with the hormone receptor-positive/HER2-negative subtype,” the researchers wrote in the study.

As CBS News affiliate KFVS reported of the study, doctors advise that while the study's findings are encouraging, taking too much aspirin may do more harm than good and recommend that women wait to adapt this regimen until the more research supports these findings.

"Low dose aspirin is a wonderful drug and can actually lower myocardial damage, heart attacks, maybe colon cancer but at the same time it can put someone at risk of gastric bleeding or other unnecessary kinds of bleeding," Dr. Carlos Robles, an oncologist at Saint Francis Medical Center, told KFVS.

In 2016, an estimated 246,660 women in the United States would be diagnosed with an invasive breast cancer and 61,000 more would be diagnosed with a with "in situ" (or "in place") breast cancer. After lung cancer, it's the second most common cause of death from cancer in women in the United States. So while this study's findings may be a scientific breakthrough that could greatly reduce these high numbers, more research will still need to be done to ensure it is truly a safe method in preventing breast cancer.

In the meantime, women can help reduce their risk of breast cancer by breastfeeding, not smoking, regular exercise, maintaining a healthy weight, drinking less, and reducing their exposure to radiation and environmental pollution. But, if you're still interested in incorporating baby aspirin into your daily routine, be sure to speak with your doctor before doing so.