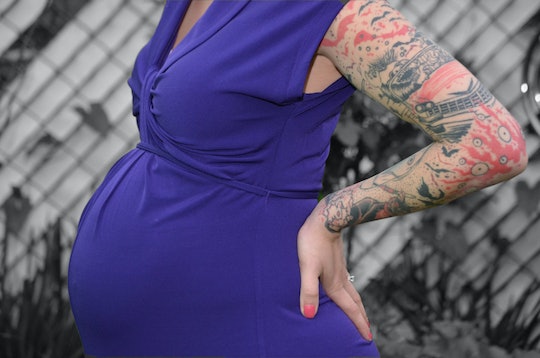 Baby Boxes Need To Come To The U.S. Pronto, Because They Work In Finland & Can Work Here

Nearly 80 years ago, Finland started an amazing program called the “maternity package.” The idea was simple: Every expectant mother in Finland was to be given a box, a starter kit of sorts containing clothes, sheets, and toys for the newborn babe and, bonus, the box could double as a bed. (How cool is that?) The gift from the government was designed to give all children — regardless of their background — an equal start in life, and the good news is the 78-year-Finnish tradition may make its way to some lucky Canadians through the new “Welcome to Parenthood” test program. But why don’t we have baby boxes in the U.S.? More importantly, what can we do to get a program like this implemented stateside?

When the government-sponsored program began in Finland, it had more to do with infant mortality than “generosity,” at least according to BBC News:

In the 1930s Finland was a poor country and infant mortality was high — 65 out of 1,000 babies died. But the figures improved rapidly in the decades that followed [the boxes' introduction].

In those early years, the “maternity package” was only offered to low-income families but, as Heidi Liesivesi told BBC News, that all changed in 1949:

Not only was it offered to all mothers-to-be but new legislation meant in order to get the ...maternity box, they [expectant mothers] had to visit a doctor or municipal pre-natal clinic before their fourth month of pregnancy.

As such, the program itself increased public knowledge of what safe pregnancies could — and should — look like. The required checkups ensured maternal and fetal health, and the box itself (along with all it's “goodies”) provided much needed financial relief — and stress relief — for all moms — i.e. it was one less thing they had to worry about.

Which brings us to the U.S., and to today. Because if the program is so successful, if it has helped as many women as the country claims and made Finland’s mortality rate half of what it is in America (and much, much lower than that of other countries), why are Finland — and now Canada — the only ones considering this kick-ass program?

Here's the thing: I know the answer is money. The U.S. deficit is growing everyday, and the U.S. doesn't have nearly enough funds to cover the programs it already has in place, but hear me out, because I think baby boxes could be beneficial to many and maybe — just maybe — they don’t have to be funded by the government, as they are in Finland.

In Canada, the Welcome to Parenthood program is funded by the Alberta Family Wellness Initiative and United Way of Calgary and Area (i.e. it is currently funded by non-profits). And while some of the funding these organizations receive does in fact come from government grants — something that is true of most nonprofits — it is not a “government-sponsored” program. According to New York Magazine, the Welcome to Parenthood program is still small: this test wave is slated to reach 1,500 first-time “vulnerable” moms in the province of Alberta. But that doesn’t mean this program will cease after 1,500 boxes are dispersed, especially if researchers find the boxes do help improve the health and well-being of babies and their mothers, as they hope. (And where there is a will, there is a way, right? At least that’s what my parents taught me.)

The point is that in order to start anything, you have to start somewhere, and you have to start small. Canada is doing just that, and the U.S. could certainly follow suit. There are more than 1.5 million nonprofit organizations registered in the U.S. 1.5 million! Sure, many of those organizations are not concerned with maternal health, children’s health, or economic issues, but think what could happen if a handful of these organizations worked to start a pilot program stateside. Think about what could happen if someone initiated a Kickstarter campaign, or created a GoFundMe page. Think what could happen if maternal and infant health reentered our conversations — and I say this fully aware of the maternity and paternity problems in America today.

Socially, economically, and emotionally: Something like this could make a huge difference. A small and seemingly simple box — education and an ear — could make all the difference.