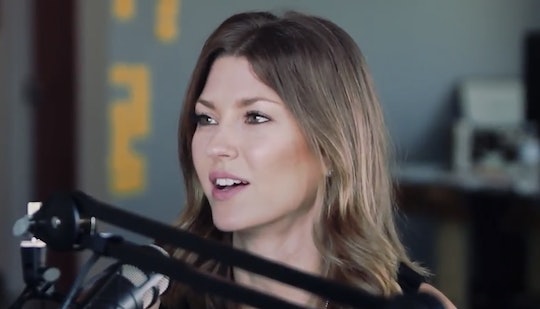 The latest season of ABC's The Bachelor may be over, but love is still very much in the air for one of the show's former contestants. E! News reported on Monday that Bachelor alum AshLee Frazier married boyfriend Aaron Williams over the weekend at her parents' lake house in Houston, Texas. Of course, the lifestyle blogger's nuptials were anything but boring.

"She planned [it] really fast," an "inside" source told the outlet Monday, of Frazier's November 2016 engagement and subsequent wedding, which the source claimed was "beautiful" and gorgeous." "They got married quickly because AshLee just didn't really feel like waiting!" E! reported that Frazier donned a "lace gown purchased from Ivory Bridal Atelier and a floor-length veil," and that the ceremony was attended by around 150 guests, including fellow former Bachelor and Bachelor in Paradise contestants Erica Rose and Elise Mosca (the latter posting her own Instagram snapshots of the nuptials and happy couple).

Frazier first announced her engagement to Williams back in November, posting a photo of the two to her Instagram account with the caption, "Sweethearts forever." In a later statement to People, Frazier wrote,

After 10 years of friendship and 11 months of courtship I am marrying my best friend. We got engaged on the top of the Brooklyn bridge. Very romantic. New York will have a little extra special place in my heart.

It's a happy ending for the Season 17 Bachelor contestant, who left the show as the runner up to Lowe's now-wife, Catherine Giudici. During a "Women Tell All" episode following the season's run, Frazier admitted having had a difficult time recovering from her experience and short-lived relationship with Lowe.

"I thought I was going to be the last girl standing and I wish he’d have extended the same courtesy to that he did for [others] and not made me go through a rose ceremony once he decided to send me home," Frazier said, according to People. "But it is what it is. I have no ill will for him, I’m over him and I hope he finds happiness." Lowe and Giudici went on to marry in their own equally beautiful ceremony in January 2014.

As for Frazier? The self-proclaimed "influencer" is living her best life these days, frequently posting gorgeous photos of her vegan recipes and high fashion, as well as documenting her fitness regimen (hint: There are a lot of SoulCycle snapshots, because Frazier is a total fitness badass).

As she wrote in a sweet Instagram post of what appears to be a spray of beautiful wedding flowers on Sunday, after all the rough patches and learning experiences, "[...] what's left is love." And it's a good love indeed.