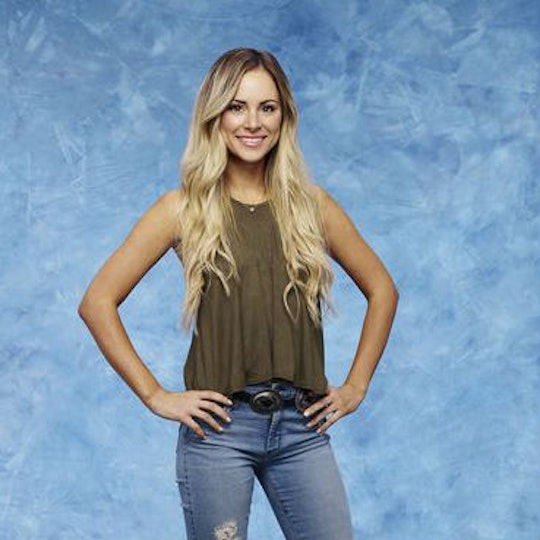 Since day one on this season of The Bachelor, fans have known that Amanda and Ben have had chemistry. Though she didn't get her first solo date until tonight, Amanda has managed to be a front-runner for Ben's heart by being candid about her two young daughters, and the significant role they play in her life. We knew that Amanda had been married previously, but it wasn't until she got her alone time with Ben that Amanda opened up about her divorce on The Bachelor. And it's making fans realize that Amanda may be one of the only girls on the show who truly understands what marriage is about.

After one hell of a romantic date on a hot air balloon through Mexico City, Amanda and Ben sat down to dinner, and Amanda began to share the details of her past. Her and her former husband, who is also the father of her two children, got married when Amanda's first born was six months old.

"He wasn't always the nicest person to me," she told Ben, "He, like, always had other priorities, other than me and the girls."

Their marriage was rocky from the start, but Amanda discussed how she tried to make it work. Asking her husband to spend time with her and their family, Amanda often found that her ex-husband would rather spend time with friends. It wasn't until she realized that he was cheating on her that it became clear to Amanda that the marriage had to end.

"He knew what he was doing, and he didn't want to change," she said.

Ugh, we feel for you girl.

And although fans have always felt an undeniable connection between the two, learning more about Amanda's past relationships just made her all the more of a stronger favorite to win over Ben. Though she struggled with her past relationship, and definitely went through some hardships during the divorce, Amanda seems to understand marriage in a way that most of the other girls don't. Not only was she able to experience it, she learned first hand that it's extremely tough trying to come back from certain difficulties in your marriage, and sacrifices need to be made in order to make things work. More over, Amanda obviously takes marriage seriously, because she knows what happens when two people walk down the aisle together who just aren't meant to be. Because of that, it's fair to say that if Ben gets down on one knee, Amanda won't take it lightly, and she'll put all of herself in to make a future with Ben work.