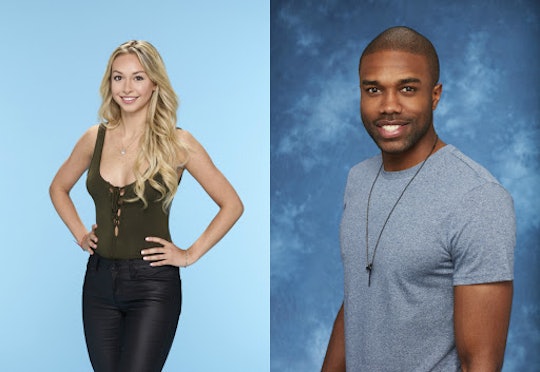 This Is How 'Bachelor In Paradise' Will Address The Shutdown

A week and change before the premiere of ABC’s Bachelor in Paradise, executive producer Chris Harrison revealed how the show will handle the taped alleged sexual encounter between former cast members Corinne Olympios and DeMario Jackson that halted production for weeks. There’s been a lot of speculation as to how exactly the hit reality show has planned to address the controversy that unraveled last month, but Harrison said on Thursday that Bachelor in Paradise will show the Corrine and Mario footage and it’s said to be enough for viewers to better understand what happened on the set in Mexico.

"It’s going to be literally dealt with the moment we come on the air," Harrison told Entertainment Weekly of the scandal that dominated headlines in early June. "We’ll start talking about it right away and start dealing with it. If you don’t, it’s the elephant in the room and then it will taint the entire season. So we want to show everybody and then get on with Paradise because there are some wonderful things that are going to be happening."

While neither Olympios nor Jackson will appear again on this upcoming season, an alleged drunken sexual encounter between the two contestants prompted Warner Bros. to launch an investigation into allegations of "misconduct" on set — or, more specifically, that Olympios was allegedly too drunk to give consent, TMZ reported.

On June 20, Warner Bros. concluded its investigation and told Romper in a statement that the footage "does not support any charge of misconduct by a cast member."

The statement continued: "Nor does the tape show, contrary to many press reports, that the safety of any cast member was ever in jeopardy."

There’s been a lot written and assumed and said about what we’re going to do and what we’re not going to do. We had already shot for three days [before the shutdown] and a lot had actually happened — a lot of people had arrived, there had been dates, we’d gotten to the point where there was about to be our first rose ceremony — so we had a week’s worth of stuff [that] we didn’t want to just throw that away because that’s what impacted the show and it’s what led to the shutdown. We thought you needed to see that. So you’re going to see a lot of it, including Corinne and DeMario on the show.

Harrison explained that he will walk viewers "through what happened and then we’re going to watch what happened" in Mexico, according to Entertainment Weekly. He continued:

Fans have been eager to know what exactly happened between Olympios and Jackson and it looks like they'll see enough to better understand why production was put on hold — although there will undoubtedly still be a lot of unknowns.

And just in case you haven't set a reminder yet, Bachelor in Paradise premieres on Monday, Aug. 14 at 8 p.m. Eastern Time on ABC.