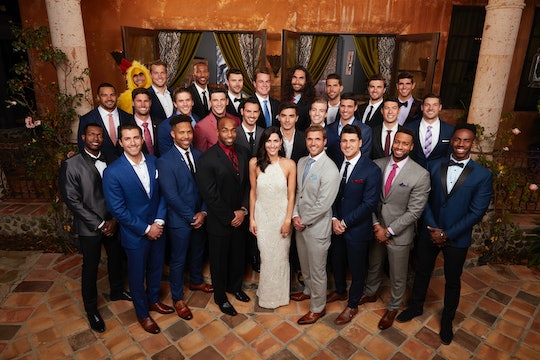 We Found All Of Becca's 'Bachelorette' Contestants On Instagram For You

There are so many suitors at the start of a season of The Bachelorette that it can be hard to keep them all straight. Twenty-eight men will be competing to win over Becca Kufrin, and many of them might be gone before viewers can even figure out who they are. But one way to get to know the men ahead of time is to take a look at their social media accounts. The Bachelorette 2018 contestants' Instagrams can give fans a helpful heads-up about which guys to look out for over the course of Season 14.

Becca had a particularly painful breakup from Arie at the end of the last season of The Bachelor, but now she's back, once again single, and definitely ready to mingle. Plus, it seems like her tenure as the Bachelorette was successful, because Becca revealed to People that she ends the season engaged (though of course she didn't share which suitor she decided on in the end). If you're curious about the men lining up to help assuage Becca's broken heart, then look no further! One of the following guys ended up being the man of her dreams, and maybe you can figure it out with just a few key Instagram clues.