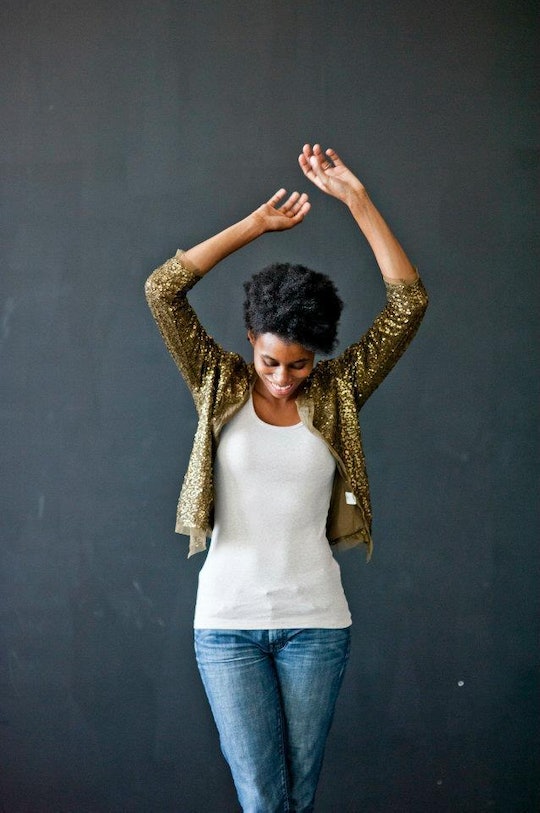 Before I Had Kids, I Thought I Had Parenting All Figured Out

When my friends tell me they're pregnant, I try to avoid giving unsolicited advice. Particularly if they're going to be a new mom. As much as I want to warn them that all their ideas and plans will go out of the window when they haven't slept for a few nights, I don't. I simply smile and say, "Oh, I wish I had planned it out that well when I was a new mom," because as much as I understand the advice that was given to me when I was first starting out, I rolled my eyes so much at every person who shared their two cents that I didn't request. I laugh to myself about it now, but at the time, there was no way I was going to listen. Because I thought I had parenting all figured out.

More Like This
18 Best Sand Toys In 2021 For Babies, Toddlers, & Kids
You Will Not Regret This Perfect Baby Pool From Target
9 Things Not To Say To A Pregnant Woman On Mother’s Day
Here's The Deal With Babies Who Sleep With Their Eyes Half Open

Like most non-parents and first-time moms, I had my own thoughts about how parents should be, and how I'd be as a parent. In hindsight, of course I know now how silly I was being, and I'm so grateful to all the veteran moms I vented to about what kind of parent I wouldn't be. Everyone was so gracious with me, not bothering to correct me or tell me it would probably be different. Perhaps it's just what happens when you've parented long enough to understand the realities of it. Nonetheless, I started with many ideals before I was humbled. From an early age, I knew I wanted to be similar to my mom, but not exactly like her. I felt as if she was always too strict and I thought she didn't need to take everything so seriously. I critiqued her different ways of parenting, not ever to her face, but as I got older I made a mental list of what I definitely wouldn't do and what I would.

I definitely judged parents before I was one. I thought women who chose parenthood over their careers, or exploring the world, were missing out. I assumed that they were fitting themselves into the box of what was expected of them by society. If their children were crying in a restaurant, I'd come up with an opinion about how the parents were handling the situation. I'd make a comment about what I would have done, despite the fact that I didn't have any children. To me, most moms fell into two categories: the soccer moms and the non-soccer moms, and I decided I wanted to be the latter if I ever became a parent.

I had so many opinions about children whose parents put leashes on them until my own son kept darting into traffic, so I put a leash on him.

I was also under the assumption that once you became a parent, so many things in your life had to change: your free time, your friend time, your ability to get work done, your drinking habits, your going-out habits, your hanging-out-with-friend habits. I assumed that once you had children, they became your life and that was it. Then, once they turned 18, you could catch up on all that lost time. And personally, that sounded like a life sentence — I had no idea why anyone would choose that life. That is, until I met my ex-husband and we talked about having children. Then I thought, This is why people have children! You get to raise them with your best friend, and theres so much love how could you not love it!

While I was pregnant, different people would ask if I planned to stay home or go back to work. I'd respond, very conceitedly, "Of course I'm staying at home! I want what's best for my kids!" I truly believed that working moms could never actually choose work, because who would choose work over raising your children. I thought that they only worked because they had to. Being a stay-at-home mom was the ultimate parenting goal for me, or so I believed at the time. And I did it for a few years, until I figured out just how much I hated it. Staying at home with the kids wasn't for me at all.

I'd been so opinionated in the past about how parents should be, how their children should come first, how work should be an afterthought, but I realized, once I was working full time and was thriving, that being a parent meant that my definition of the way things should be would always be evolving.

After learning that many women actually prefer to work while raising children, I soon came to realize that I too, wanted to work. At first slightly guilty that I preferred working over staying with my children day in and day out, but over time, I got over that guilt. It took a few years of constantly wearing milk-stained shirts, never being able to find shoes or socks for my children or myself, and living for solo trips to the mall to realize I didn't want to keep staying at home. But of course, I didn't share this with anyone for awhile. I'd been so opinionated in the past about how parents should be, how their children should come first, how work should be an afterthought, but I realized, once I was working full time and was thriving, that being a parent meant that my definition of the way things should be would always be evolving.

I realized that even though everything I'd read said to start feeding a child rice cereal at 6 months old, it was OK that I went with my gut and gave my daughter store-bought baby food. Or that, when my son was little, I didn't sleep train him like I assumed I would, because I didn't realize how tired I would be with two children. I had so many opinions about children whose parents put leashes on them until my own son kept darting into traffic, so I put a leash on him. I received the same glares I dished out at parents who'd gone before me and done the same things I was doing. I'm sure my response was similar to theirs: You could glare at me as much as you wanted, I'm just happy my son isn't running into traffic and hiding from me.

Even now, with a 6 and 7 year old, I find myself assuming that I'll parent them a particular way based off of what I've seen around me, or what I've read in a parenting book. I have to remind myself that usually, my preconceived ideas don't pan out exactly how I want them to, and that it's perfectly fine. I judged moms before I was one. But now I know better. I now see moms as powerful beings, capable of some much more than I ever gave them credit for.