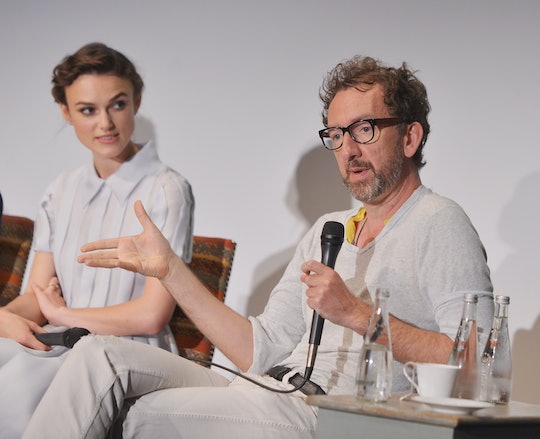 Keira Knightley is no stranger to unjust misogynist criticism. She’s received her fair share of insults directed at her slim figure. But rarely does this criticism come from someone who knows and works with her, until now. She may have several Academy Award, Golden Globes, BAFTA, and SAG nominations under her belt, but one person didn’t appreciate Knightley’s talent: her most recent director, John Carney. This week, the Begin Again director slammed Kiera Knightley’s acting in an unsurprisingly sexist rant.

Carney was in the middle of an interview with The Independent for his new film Sing Street when he decided to slam Knightley for her performance in his 2013 film. He claimed he was “disenchanted” with the experience and would never work with her again. It came out of nowhere, to be honest. The interviewer asked the director his thoughts on the rave reviews Sing Street was receiving and Carney, bewilderingly, brought Knightley’s name. “It’s a small personal movie with no Keira Knightleys in it,” he answered before going on to talk about his other past and current work.

The Irish director circled back to Knightley in response to a question on the significance of filming Sing Street in Ireland. “I had just come back from making this far bigger movie in America,” he said. “I was disenchanted with working with certain movie stars [Knightley] in that movie and I wanted a break.”

What came next was a belittling and dismissive tirade of the actress that had us all rolling our eyes at some serious instances of mansplaining.

Begin Again centers around a songwriter (Knightley) who gets dumped by her rock star boyfriend, played by Maroon 5’s Adam Levine, who then begins making music with a down-on-his luck producer, played by Mark Ruffalo.

“I think the real problem was that Keira wasn’t a singer and wasn’t a guitar player,” he posited. “It’s very hard to make music seem real if it’s not with musicians… and as much as I tried to make it work I think that she didn’t quite come out as a guitar-playing singer-songwriter.”

While this criticism is fair enough, Knightley herself would probably tell you she isn’t a musician, she is an actress. It does seem unfair for Carney to cast Knightley and then fault her for lacking skills that he must of full-well known about at the beginning of filming.

Carney also took shots at the Atonement star’s acting ability. He asserted that actors “need to not be afraid to find out who you really are when the camera’s rolling,” and said that he found Knightley too scared. “Keira’s thing is to hide who you are and I don’t think you can be an actor and do that,” he said.

He debated Knightley’s legitimacy as a “proper” film actor, saying, “I like to work with curious, proper film actors as opposed to movie stars.” He claimed that navigating the bigger, Hollywood film world was difficult. “I didn’t enjoy that experience of paparazzi and fabulous openings. The movie star world is not something that ever appealed to me.”

He also claimed the squad surrounding Knightley made filming difficult. “Keira has an entourage that follows her everywhere so it’s very hard to get any real work done.”

It is an odd (not to mention unprofessional) move for a director to lambast his former film, especially when it wasn’t a failure. Begin Again garnered mostly positive reviews and is rated 82 percent “fresh” on Rotten Tomatoes.

Not to mention the director lauded the other lead actors in the cast. “Mark Ruffalo is a fantastic actor,” he told Independent. “Adam Levine is a joy to work with,” he gushed. “And actually quite unpretentious and not a bit scared of exposing himself on camera and exploring who he is as an individual.” Not to take away from their skill — Ruffalo is undoubtedly a brilliant actor — but Carney’s praise for the male leads and criticism of his leading lady reeks of sexism. When asked what lessons he gained from working on a bigger film in America, he responded, “I learned that I’ll never make a film with supermodels again.”

If that fills you with rage, you are not alone. It seemed to be a direct hit at Knightley’s appearance. Knightley has appeared on the cover of magazines and in Chanel ad campaigns but that hardly makes her a supermodel. In fact, they are simply byproducts of her status as a popular film actress. She is, of course, beautiful but Carney’s comments reduce her skills to nothing than being a pretty face.

His condescension didn’t stop there. In a stunning display of misogyny, Carney suggests that Knightley isn’t tough enough to be an actress. “I don’t want to rubbish Keira,” he claimed before undeniably “rubbishing” her. “But you know it’s hard being a film actor and it requires a certain level of honesty and self-analysis that I don’t think she’s ready for yet and I certainly don’t think she was ready for on that film.”

Knightley got her start in A Village Affair in 1995 as a child actor before capturing audience’s hearts in critical hits like Pride & Prejudice, The Imitation Game, Pirates of the Caribbean, and Bend It Like Beckham, so the idea that she was unprepared for the part in a small film like Begin Again seems suspect. Especially when you consider Adam Levine, her co-star in Begin Again, never acted before this film and Carney loved his performance.

“I like working with actors,” Carney explained in the interview but his answers suggest otherwise. His patronizing comments seem to evoke the idea that women, beautiful women specifically, are incapable of being competent at their job. Reading the full interview, you realize his thoughts on Knightley’s acting are incredibly unprofessional and pretty gross.

Thankfully, his opinion is not shared by a majority of Knightley’s co-workers.

Longtime collaborator Joe Wright, loved her Oscar-nominated performance in Pride & Prejudice saying, “Keira is very good at playing the essence of people and their emotions.” In fact, he liked her acting so much he cast her in two more films: Atonement and Anna Karenina. “Keira is quite fearless,” Wright told The LA Times in 2012. “Keira's a bit of a punk rocker in that she refuses to conform to the image people project onto her or onto women in general.” Knightley has become something of a muse to Wright, a point with which he readily agrees. “She is my dream girl.”

David Cronenberg was also pleased with her acting in his film A Dangerous Method. He told Film Comment that Knightley was one of the best actresses he’d ever directed. “She was fantastic,” he praised. “We were all just awestruck. She was incredibly well-prepared.”

“What’s more, she was a delight,” he continued. “It wasn’t Method acting in the sense of 'Don’t talk to me, I’m in my character.' She laughed. [We] are fun-loving guys… and she was right there with all that. But [then] she would do these amazing things.”

Knightley has yet to respond to the blistering criticism but, if you ask me, she shouldn’t bother. Carney’s misogynistic comments aren’t worth her consideration. Shake it off, Keira. To paraphrase your scene from Love Actually, to us you’re perfect.