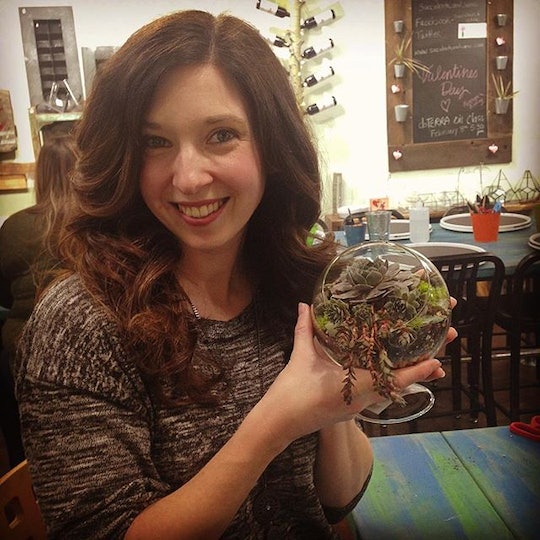 Why "Be Selfish" Is The Best Parenting Advice Ever

When I became pregnant with my first child, there was a frightening thing I heard throughout my pregnancy. It didn't matter where I was or what I was doing, the warning was always the same: Enjoy this now, because after your baby comes it's all about them. I heard about this selflessness in various forms — how nothing would matter but my child, how I would completely forget about my life before baby, how I would never again be able to enjoy the selfish pursuits of my baby-free life — or at least not for the next 18 years. It seemed my life, and any notion of ownership or self-care other than basic preservation, was required to vanish the moment my baby entered the world. You aren't allowed to be selfish when you're a mom.

Well, I'm three kids and six years into this motherhood thing, and you know what? I call bullsh*t. Being selfish is the best parenting advice I could ever give a new mom, and it's advice I always try to follow myself.

There is nothing that sucks the joy out of motherhood quite like feeling that there is no "you" after becoming "mom." My kids take up a big, beautiful portion of my life and identity, but they are not the end all, be all, and they never should be. I still retain the person I was prior to becoming a mom, and I should be able to blend motherhood into that person, not the other way around.

Of course, parenthood comes with sacrifices. Of course, I would do anything for the sake of my kids. But that doesn't mean I should completely give up everything other than survival self-care, like showering once a week or eating a bar of chocolate in the bathroom so I don't have a complete mental breakdown. I've lived that life. It doesn't work.

Life with kids meant giving up everything. You can't be selfish once you're a mother. Everyone had told me so.

More often than not, I'd end up crying in said bathroom, then feel terrible for not being at my best for my kids. I'd try to convince myself that this was normal. Life with kids meant giving up everything. You can't be selfish once you're a mother. Everyone had told me so. At it's worst, this notion kept me in a vicious cycle of postpartum depression that lasted for more than a year. Yet even after I came out of the fog of my depression, I still couldn't see that becoming a martyr with no life, no interests, and no identity outside of my kids was making me an even worse mother — not a better one.

I needed to take care of myself in a way that made me feel like a whole person, not simply in a way that kept me alive and capable of serving my children. Being selfish wasn't a dreadful trait that would make me a "bad" mom. It was the secret to becoming a mom who actually enjoyed being a parent, and I only wish I had learned it sooner.

I had finally taken the time to be selfish, and felt recharged and ready to take on the task of parenting for the first time in years.

After gut-wrenching guilt over leaving my kids for a whole weekend for a work trip, I was truly on my own for the first time since becoming a mother. I was in a place where no one knew me — where no one even knew I was a mother. No one would judge me for staying up late and grabbing an oversized brownie at a cafe, or taking a nap midday, or laying in a hammock to write poetry for no one but myself. It was the most selfish and indulgent weekend I could recall since becoming pregnant.

I returned home and found myself suddenly a much happier and attentive mother. It wasn't simply that distance had made my heart grow fonder for my children (I couldn't love them more if I tried, anyway). It was that I had finally taken the time to be selfish, and felt recharged and ready to take on the task of parenting for the first time in years.

I decided after that trip that selfishness wasn't something to be avoided like that plague, lest someone label me a terrible mother. It was something I needed in order to make sure I felt complete as a person. Though it took some getting used to, I'm no longer ashamed of being a selfish mom. I'm not afraid of going above and beyond self-care in order to take time for myself. I may skip out on family time every so often or miss gymnastics practice in favor of staying home and eating ice cream that no one can touch but me, but being a little selfish every now and then keeps me happy, healthy, and more ready to take on the wear and tear of motherhood.

More Like This
The 4 Main Parenting Styles & Which Is Best For Kids
Festive Mommy & Me Holiday Nail Ideas To Try
The “Tripledemic” Is Scary, But I Feel Less Helpless When I Wear A Mask
101 Advent Calendar Activities, From Books To Read To Cookies To Bake