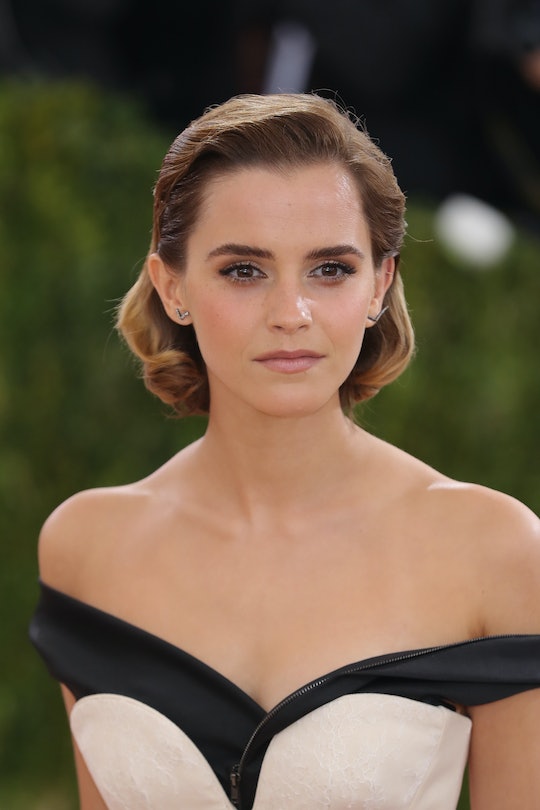 Belle Is The Inventor In 'Beauty And The Beast', & This Feminist Change Is Awesome

Princess Belle has been a feminist role model for little girls since her debut in 1991. She loved to read, wanted a man with more than just the muscles of hunky Gaston, and dreamed of having "so much more than this provincial life." Thanks to Emma Watson, Belle is raising the bar of feminism higher than ever before. Now, Belle is the inventor in Beauty And The Beast. This is a huge revision to the fabric of Disney history! Not only does the intellectual use her fingers to flip through the pages of books, she also uses them to build and create, instead of sew and cook, like most women of her time.

I was like, ‘Well, there was never very much information or detail at the beginning of the story as to why Belle didn’t fit in, other than she liked books. Also what is she doing with her time?’ So, we created a backstory for her, which was that she had invented a kind of washing machine, so that, instead of doing laundry, she could sit and use that time to read instead.

By bestowing Belle this new background, Disney has given her character depth. Additionally, the backstory serves as a peephole into her mind, giving audiences a look at the way her bookish brain works from the inside out. Receiving the key to her mind allows women everywhere to feel both empowered, and exceptionally connected to the clever princess.

Watson has also made other adjustments to Princess Belle, including her gown. According to Entertainment Weekly, "In Emma's reinterpretation, Belle is an active princess. She did not want a dress that was corseted or that would impede her in any way." Watson valued the freedom of movement for her character, and this is why we see her dress twirling around in press photos. It's as though the young feminist wanted her outfits to properly represent Belle's attitude: unrestrained and elegant.

The starlet has quite a history with feminism, just look at her performance as Hermione in Harry Potter to get an inkling. Not to mention, she is a walking campaign for women even outside of her successful cinematic ventures. Her gender equality organization, HeForShe, and a feminist book club on Twitter are prime examples of this. Watson uses her fame as an instrument to advocate women's rights — even if it's in the smallest of ways, such as altering a yellow dress.

It is great to see that Watson is ushering society in the way of female empowerment. I can't wait to see how else the movie pushes away from the original to give Belle the voice she deserves.