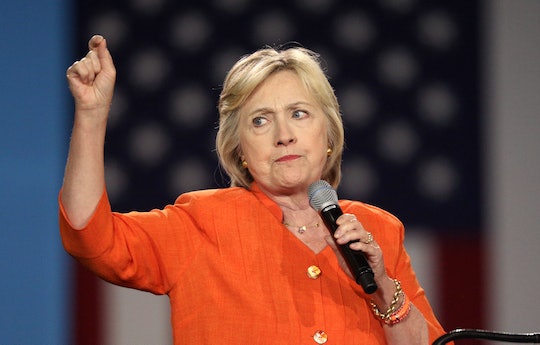 Benghazi Families Sue Hillary Clinton, But Will Their Claims Hold Up In Court?

The parents of two of the four victims of the 2012 Benghazi attacks have filed a wrongful death lawsuit against former Secretary of State Hillary Clinton. The lawsuit asserts that these deaths were "directly and proximately caused at a minimum by defendant Clinton's 'extreme carelessness' in handling confidential and classified information," among other claims. The Benghazi families sued Hillary Clinton on Monday, but will their claims hold up in court?

Pat Smith, mother to killed U.S. Foreign Service officer Sean Smith, and Charles Woods, father to killed Navy SEAL Tyrone Woods, have filed their case against Clinton with attorney Larry Klayman, who has a long history of filing claims against both Clintons that dates back to the 1990s. Smith and Wood's case cites Clintons' use of a private e-mail server as the method by which "Islamic terrorists were able to obtain the whereabouts of Ambassador Christopher Stevens" which enabled the terrorists to "orchestrate, plan, and execute the now infamous September 11, 2012 attack." Other claims include the assertion that Clinton made "false and defamatory statements negligently, recklessly, purposefully, and/or intentionally with actual malice" against the plaintiffs in stating that the "plaintiffs were lying about Clinton having told them that the Benghazi attack was caused by an anti-Muslim YouTube video," The Guardian reported. ‌

NPR reports that it's possible that "the Benghazi case may not meet the high bar to proceed in court," according to Robert Loeb, a partner in the Supreme Court. Loeb references the Westfall Act as a potential outcome for the lawsuit saying that, under this law, "the government can substitute itself as a defendant for the federal official being sued."

Clinton was found not guilty of wrongdoing by the House Select Committee on Benghazi this past June. Ultimately, the final report gave "sharp criticism of the Defense Department, the Central Intelligence Agency and the State Department" of their misjudgment and mishandling of proper security in Benghazi, reports The Chicago Tribune. FBI director James Comey called Clinton "extremely careless," but didn't believe there were grounds to prosecute her.

Sean Smith's mother spoke out against Clinton at the Republican National Convention, announcing "I blame Hillary Clinton personally for the death of my son." Tyrone Woods' mother, Cheryl Croft Bennett, along with Barbra Doherty, the mother to Glen Doherty, one of the other men killed in the attack, have stayed away from the politicizing their sons' deaths and have not chosen political sides. If the federal investigation on Clinton is any indication, it's unlikely that this case will lead to her prosecution, either.