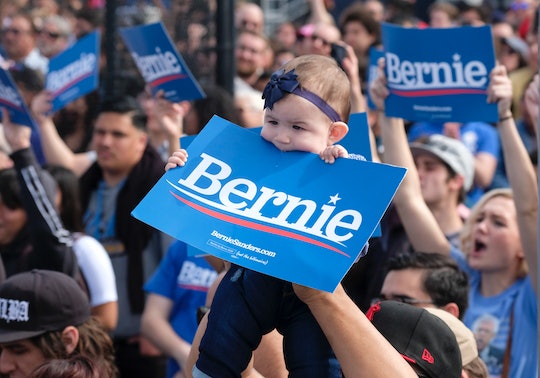 As the Democratic presidential primary elections heat up and voters prepare to cast their ballots, Vermont Sen. Bernie Sanders unveiled his plans for free child care and universal pre-kindergarten for all families with children under the age of 4.

"Caring for children in America is so outrageously expensive that having children is a leading cause of poverty in the United States," Sanders wrote on Twitter. "That ends when we are in the White House. We are going to guarantee free, high-quality child care and pre-k for all."

Under Sanders' proposed plan, the federal government would provide $1.5 trillion to states over the course of 10 years. The state governments would then create and maintain networks of child care centers, which would be required to meet federal standards for things like minimum wages for workers, child-to-teacher ratios, etc. According to HuffPost, it's assumed the majority of states would begin by expanding child care services they already have.

Sanders' plan also sets aside funds for the construction of new facilities, particularly for expanding pre-kindergarten programs. Theoretically, states would opt to do this through public school systems.

Here are a few of the promises made by Sanders' presidential campaign:

Furthermore, child care providers would be required to obtain the same training needed for the federal Head Start program, which provides early childhood education, health, and nutrition services to low-income children and families. As such, lead preschool teachers would have to have a bachelor's degree in early childhood education or a related field, among other qualifications. As a tradeoff, preschool teachers would be paid similarly to public school teachers. For reference, child care workers make $11 an hour (which comes to just under $23,000 per year, if working 40 hours per week) on average — which is well below the average starting salaries for public school teachers.

During a recent interview with 60 Minutes, a skeptical Anderson Cooper directly asked Sanders how he was going to pay for his new child care plan. His answer? Taxes on billionaires. Cooper then pointed out that Sanders' Democratic opponents would write it off as yet another program that no one knows how it would be funded.

Other Democratic presidential candidates have already released plans for universal childcare, including preschool. Sen. Elizabeth Warren announced hers over a year ago and Mayor Pete Buttigieg unveiled his in December.

Following Sanders winning the Nevada caucuses — and his overall first-place standing after three states have cast their ballots — his comprehensive free child care and universal pre-k plan is likely to further boost his chances, or at least interest in his ideas, in primary elections across the nation.