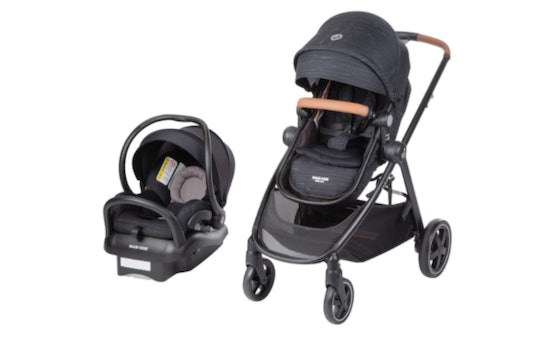 If your child's car seat is officially covered in yogurt or crushed Goldfish and their feet are practically hitting the sidewalk as you push the stroller, you may want to check out these seven awesome deals on baby gear from Nordstrom’s Anniversary sale 2020.

Have a Nordstrom credit card? You’re in luck as the sale offered early access for Nordy Club members of a certain status ("Icons" "Ambassadors", and "Influencers" are currently eligible to shop) as of August 10. On August 13, the sale, which is both online and in-store, will open to all card members. You still have time to apply for a Nordstrom card if you do want access to early shopping, however if that’s not your thing, you can make a wish list on the site in advance so that you can instantly add-to-cart when the Nordstrom anniversary sale opens to everyone on August 19 at 9:30 a.m. EST.

From strollers and carseats to gadgets you may not even realize you want (like a ride-on suitcase) the Nordstrom anniversary sale is the time to score great deals on baby gear, because let's face it, that stuff is weirdly expensive. Read on for some top picks, and hurry because this sale only comes around once a year.