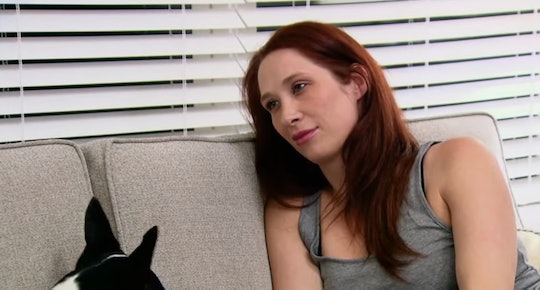 Elizabeth Bice and Jaime Thompson are one of the most passionate couples on Season 9 of Married at First Sight, but their intense emotions are now turning into full blown fights. With all the beefed up tension between them, I’m sure fans are curious to know where they stand as a couple. But, unfortunately, both of their social media accounts are set to private, so if you are looking for Jaime or Beth’s Instagram from Married at First Sight, you’re out of luck for now.

Most of the cast has their Instagram accounts set to private, and I’m guessing it’s because they’ve agreed to keep things under wraps until the season ends. Beth’s page, under the handle @justbeth_, doesn’t have much information on it outside of her location — Charlotte, North Carolina. And while Jaime’s IG handle, @jamie_the_hubby, is appropriately named, his page doesn’t offer up any details about him or his current relationship status.

From the get go, Beth and Jaime shared a chemistry that was unlike any of the other couples on the show. They became emotionally and physically comfortable with each other during the honeymoon, and seemed to be on the same page with their values. Both agreed that they didn’t want children, and after two tiny tiffs, they acknowledged their commitment and talked things through.

But things started escalating when the two finally moved in together. In last week’s episode, Beth and Jaime hosted a dinner party with their family, and after Beth pushed Jaime to talk about his parents' painful divorce, he snapped back by belittling Beth for working for her dad. "Is this a hand out or is this something you're actually trying to achieve?" he asks her. “You took nepotism. You didn't take an opportunity."

Both were understandably upset, and Beth realized that her probing of Jaime’s parents’ divorce is what drove him to snap. She tells him that she didn’t mean to upset him and that she was just trying to understand his view on marriage. However, her explanation didn’t help the conversation, so Jaime, still angry, got up and left.

But later, Jaime returned home with flowers, and told Beth that she needed to take their marriage more seriously. He called her out on constantly questioning his intentions, and tried to convince her he’s really committed to keeping their marriage together. But Beth took this as an attack, and she told Jaime that she didn’t know what more he wanted from her. “Get over yourself,” she says in the episode. “Do you not have anything better to do than just sit here and break down our relationship?! I thought we were going to have a really great day, but you turned it into a f**ing therapy session."

Eventually, after arguing about how much sex they do or don’t have, Jaime got frustrated and threatened to leave. Beth told him to go, so he grabbed his cat (there’s a pun in there somewhere) and began packing his things.

In the preview for the upcoming episode, it doesn’t look like things are getting any better. The two are still in the midst of fighting, and at one point, Beth is seen telling a marriage expert that her “husband says he wants a divorce.”

With both of their social media accounts set to private, it’s hard to tell if Beth and Jaime are still together. So fans will just have to wait and watch through the season to see what happens.