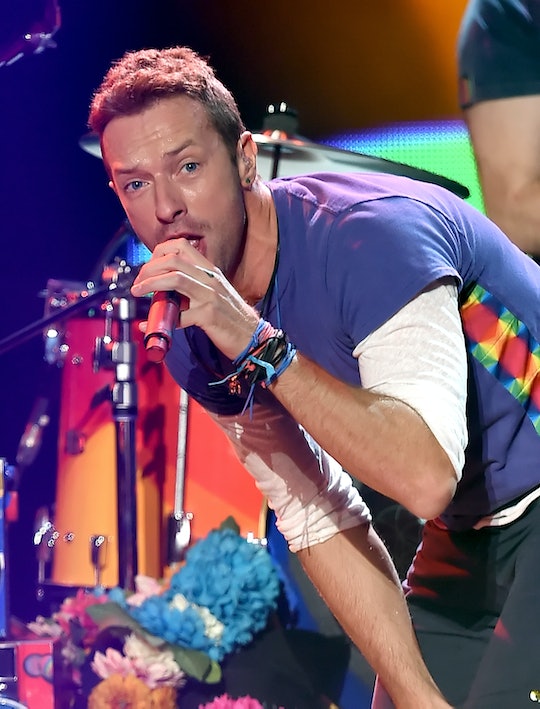 Beyonce & Coldplay Are Releasing A Single, & It's A Family Affair

As the holiday season creeps up on us, we can only hope for some cheer. And if Beyonce and Coldplay are releasing a single, let that be it. Beyonce is on a track called “Hymn For The Weekend” (and what weekend is complete without a little Queen B?) on Coldplay's new album, but it’s not just Bey who shows up. According to the Wall Street Journal, even Coldplay lead singer Chris Martin's ex-wife Gwyneth Paltrow shows up on a ballad “about a relationship’s enduring spark.” The couple’s kids and some family friends sing a chorus, too.

The snippet of the song that the band released tonight has Beyonce in the background of a song that Chris Martin wanted to sound like a club song. Or at least like the band was having fun for once:

The original kernel was that I was listening to Flo Rida or something, and I thought, it’s such a shame that Coldplay could never have one of those late-night club songs, like ‘Turn Down for What.’ What would we call it if we had one?

And if you were wondering about album of the year, it looks like Coldplay might have nailed it. Blue Ivy, Beyonce and Jay-Z’s 3 year old daughter are given spots in the chorus of the song, and President Barack Obama’s rendition of “Amazing Grace” is sampled on “Kaleidoscope.”

But let’s not lie to ourselves, even if the clip sounds great, even if it is just 11 seconds:

And this pretty much sums how everyone feels about the release. Give us everything, please.

More Like This
Raven’s Chosen Family
What Exactly Are Minions, Anyway ?
Megan Fox Explains Why She Asked Machine Gun Kelly If He Was Breastfed As A Baby
Sarah Levy Reveals Birth Of Her Baby Boy & His Name Is A Sweet Tribute To Her Dad