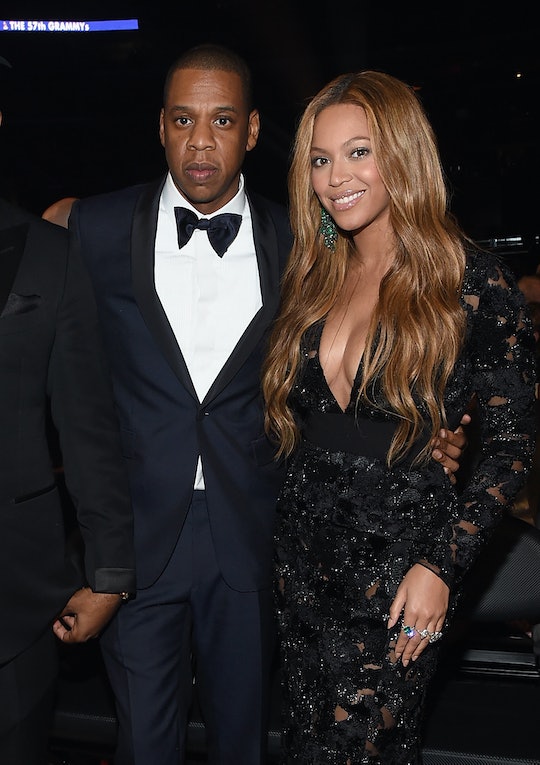 If you've ever thought you'd do just about anything to land free tickets to Beyoncé and JAY-Z's concerts, then you're in luck, because the couple is now giving you a way to test that theory. It turns out that Beyoncé and JAY-Z will give you lifetime concert tickets for free, but you'll have to adopt a vegan diet if you want to be eligible to win the big prize. Queen Bey announced the giveaway on Instagram Thursday in support of The Greenprint Project, which is a campaign promoting veganism and its impact on human health and the environment, according to Reuters.

The idea is actually pretty simple: if we all took steps to reduce meat consumption and opt for plant-based meals instead, the resulting environmental impact could be significant. But since it's not exactly easy to give up a diet heavy in animal products, Beyoncé and JAY-Z are adding in a little extra motivation by choosing one lucky winner to receive free concert tickets to their future tours for the next 30 years.

And it makes sense that they'd do so: the couple has been interested in the plant-based movement since 2013, when they undertook a 22-day vegan challenge, according to E! News. But The Greenprint Project also has a particularly personal connection to the superstars, as it's the brain child of 22 Days Nutrition, a company founded by their personal trainer, Marco Borges.

But actually, meat-loving fans won't even have to go *full* vegan to win the big prize — since the campaign emphasizes making small steps to contribute to a much larger overall impact, The Greenprint Project suggests people start with at least one plant-based meal. On The Greenprint Project's website, participants are encouraged to choose a goal for their own "Greenprint," and while it's totally possible to go full-out right away, other options include committing to plant-based breakfasts, Meatless Mondays, or choosing plant-based meals during the week, allowing more people to participate without necessarily making a massive life changes.

Of course, the contest doesn't *technically* require anyone to truly go vegan — it just seems like a run-of-the-mill sweepstakes, after all. But the point is still majorly valid, and one that needs to be heard. Earlier this month, an international team of scientists similarly released a plant-based "planetary health diet" according to CNN, which promotes plant-based food over animal products and sugar as a way to not only boost health, but to limit the devastating impact of climate change, and their research suggests nearly 10.9 to 11.6 million premature deaths could be avoided each year if we made the change on a global scale.

So if a little extra encouragement from Beyoncé can actually get people to pay attention to this much-needed message, then more power to her for throwing her celebrity behind the cause.

Though the contest may have only just been announced, it definitely seems as though Beyoncé's post is having the intended effect. On social media, fans shared their excitement over the prospect of winning free concert tickets, and it sounds like they're more than willing to adopt a plant-based lifestyle in order to do it:

But giving away concert tickets isn't actually the only way that Beyoncé and JAY-Z are supporting The Greenprint Project, according to The Telegraph. In Borges' 2018 book, The Greenprint: Plant-Based Diet, Best Body, Better World, the superstar couple penned a joint introduction, and wrote:

We all have a responsibility to stand up for our health and the health of the planet. Let's take this stand together. Let's spread the truth. Let's make this mission a movement.

Though free concert tickets are obviously a major draw, there really does seem to be a lot of value in the idea of moving towards a more plant-based lifestyle, even without the contest. And, while it definitely can seem daunting to try and change our eating habits, the takeaway, it seems, is that even small shifts can make a big impact overall.

So whether or not going vegan is in your future, it seems we can all at least re-think some of our eating habits, and make Beyoncé proud while doing it.