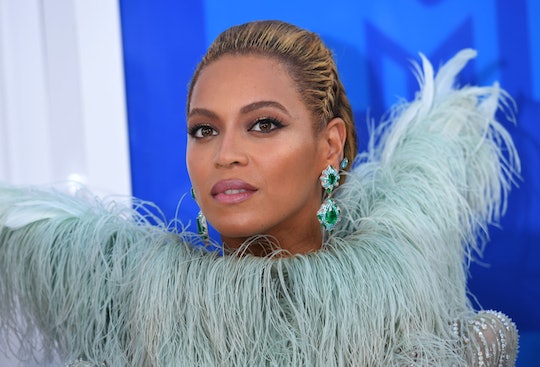 Beyonce Was Censored At The VMAs & Twitter Is Not Having It

During a truly epic performance by Beyoncé the MTV Video Music Awards where she basically proved to be superhuman, there was really only one criticism — and it wasn't with the flavor of the Lemonade. When Beyoncé was censored at the VMAs, people responding on Twitter were not happy.

While singing and dancing her way through a medley of her latest hits, Beyoncé was hitting all the right notes and killing the choreography. It was basically like being at a Beyoncé show, except for one thing: What was up with the censorship? And also, why were some words given the green-light while others were beeped into oblivion?

It's not like Beyoncé was the only performer who got the bleep-treatment during the night, with notable censorship during songs from Future, Rihanna and others. But MTV producers should have known people at home were going to get fired up when they dared mess with Beyoncé. Still, producers had to draw the line in a few places — and it seems they elected to use George Carlin's "Seven Words You Can Never Say on Television" as the standard there.

That didn't mean people at home were any less accepting of the bleeps over Beyoncé...

Beyoncé seemed to self-censor some of the lyrics, which probably made the people typically in charge of beeping out the words become even bigger fans. But there were some moments where she just couldn't hold back.

In those moments, the Bey Hive went into attack mode on Twitter.

These days, depending on what channels you frequent, it's rare to hear words censored. Scripted shows get by without having to bleep anything out while other cable channels let anything and everything fly because they aren't regulated by the Federal Communications Commission. Although MTV is a cable station, they seem to fall somewhere in the middle — not quite as loose with the f-bombs as say HBO, but much more potty-mouthed than ABC.

Without those hard regulations about what words are or are not censored on MTV, it's really up to the network to decide if they are fine with Beyoncé tossing in a "bitch," but draw the line when it comes to "shit." The network did, however, grant Beyoncé a few more controversial words from Lemonade than many radio stations. For example, if you tune into "Formation" on FM, you'll probably hear a bleep in place of "negro." Meanwhile, MTV let that one slide. (Which is good, because censoring that particular word actually misses the point of the song.)

Although the spotty censoring was mostly just an unfortunate distraction, the fact remains MTV could have bleeped every other word in Beyoncé's performance and it still would have been insanely awesome.