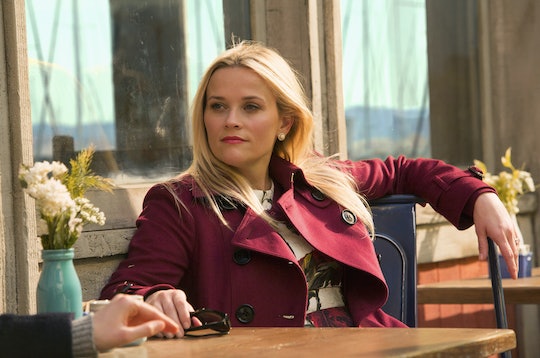 Have you ever just instantly fallen in love with a show right from the start? I'm talking about the moment it debuts and you immediately find yourself hooked. (Some people fall in love with actual humans; I fall in love with TV shows. What of it?) My point is that this is immediately how I felt about the Big Little Lies premiere and a lot of it had to do with the opening sequence. I'm a sucker for a good intro and it's plain to see that this HBO drama picked a real winner. The Big Little Lies opening credits song is the perfect anthem to what this show is all about.

The song is called "Cold Little Heart" by Michael Kiwanuka and it's all about suffering/persevering through the pain of life and the regret and despair that comes along with it. Just to give you a little taste of what's being said — you know, in case you were distracted by all the stunning visuals going on throughout the opening sequence — the singer laments about "All of the pain, so much power, Running through my veins, Bleeding, I'm bleeding, My cold little heart, Oh I, I can't stand myself." It's a pretty dark and morbid tone, for sure, and yet it's also very beautiful, much like the overarching theme of the show itself. Check out the song in full below:

Granted, this is just the beginning of the episode itself — heck, it's even just the beginning of the season — so it's hard to parallel specific storylines with this song, but here's what we do know: a murder occurs in a beautiful, serene town full of beautiful, serene people, and someone's to blame — but who? That sounds like there are dark agendas and secrets lying under the surface of almost every character. And while things may appear wonderful at first, once you scratch the surface, it's a whole other story.

Personal torment makes up a vast majority of the lyrics within the slightly haunting melody, which feels like it could be a direct metaphor or symbolic nod to the various torments the characters will be going through. It's anyone's guess how this is all going to play out, but if the opening theme song is any indicator, it's bound to be a worthwhile experience that's worth our time and effort.