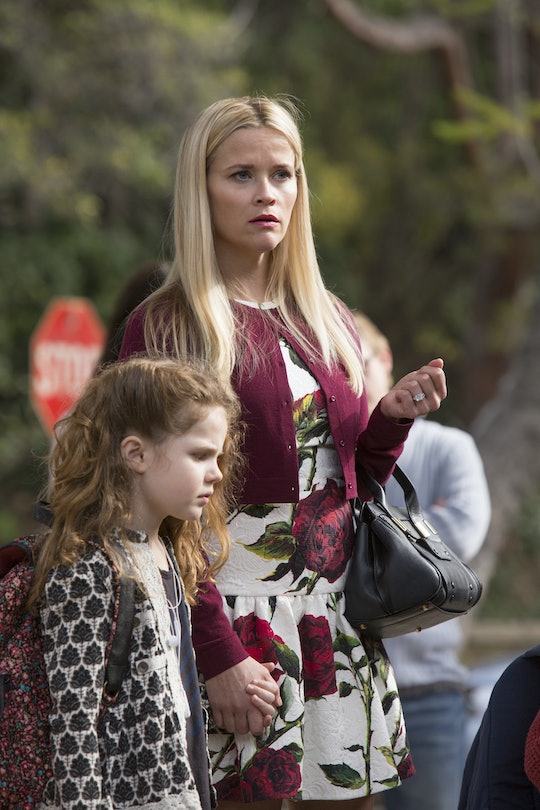 What 'Big Little Lies' Gets Right About Motherhood

I adore Liane Moriarty’s incredible storytelling abilities in all of her authentically engaging books centered around marriage, motherhood, and friendship. Her artfully constructed plot lines and compelling characters capture me from the moment they’re introduced. So when it was announced that her novel Big Little Lies was being turned into a limited television series, I was like a kid eagerly awaiting Santa’s arrival, counting down the days until the show’s premiere. The first episode recently aired and it did not disappoint. The cast tasked with bringing the book characters to life are brilliantly entertaining, and the first episode served as an introduction to some of the key players set against the backdrop of a murder scene. It was just enough to leave you wanting more — especially because Big Little Lies understands working-mom judgment so well.

In episode one, a tense relationship emerges between Madeline, a stay-at-home mom played by Reese Witherspoon, and Renata, a highly successful working mom played by Laura Dern. Both women are strong with deep convictions and profound love for their children, but they're instantly on opposing sides because of how they each choose to care for those children — an all too familiar theme that still courses through our society: the war between working mothers and stay-at-home mothers. Though the show is about so much more than motherhood, it was a relief to see that the debate on who's doing "better" for their children is one not even fictional characters can escape.

In one early scene, Madeline says, "it's us against them" when referring to the working mothers at her daughter's elementary school. I think it speaks to the vulnerability Madeline must feel as her kids begin to detach themselves from her and reach for their independence. After a particularly trying moment with her eldest daughter, Madeline further explains, "I'm losing my babies," and it's a feeling I'm intimately familiar with. There is this panic that sets in when you realize your babies are only getting bigger and your time as their mother is quickly being eclipsed by their looming adulthood.

When I made the decision, I felt conflicted about my choice to stay home, which naturally meant I was defensive about that choice whenever it came up. It's as though being unnecessarily defensive was somehow going to insulate me from the opinions of others. If I attacked them first, then their perceived judgment of me wouldn't be as hurtful. What I came to realize was that their choice to work had nothing to do with my choice to stay home.

I've experienced these feelings of insecurity and emptiness as a stay-at-home mom. I often wonder, Did I make the right choice to stay at home? What will I do once these children are gone? And I firmly believe every woman who's chosen to leave the workforce to raise a family struggles with these questions at some point, especially when there's less of a demand for our mothering. I also think it's a question working moms and work-from-home mothers ask themselves as well. As your kids grow, you feel aimless and need to find a new trajectory. You question yourself and your worth. Your identity has been so consumed by the people you've been raising that you're disoriented as you try to find your footing as an individual, and all along in the back of your mind, you're asking yourself: Did I make the right choice?

After an icy, tension-filled encounter between Madeline and Renata at their kids' elementary school, Renata laments how she feels "demonized" by her decision to work because as a woman there's this notion that you only work if you have to, not because you want to. The scene perfectly captures the fact that both women are fighting their vulnerabilities and wrestling with their own ideas of perfection.

I was passing judgment on others because of my own insecurities and feelings of inadequacy as a woman whose days were filled with mind-numbing kids' shows and little adult interaction.

In my own life, I'm guilty of unfairly judging working moms as well. When I made the decision, I felt conflicted about my choice to stay home, which naturally meant I was defensive about that choice whenever it came up. It's as though being unnecessarily defensive was somehow going to insulate me from the opinions of others. If I attacked them first, then their perceived judgment of me wouldn't be as hurtful. Though what I came to realize was that their choice to work had nothing to do with my choice to stay home. It was a different approach. Not superior or inferior. Just different.

I realized that I was passing judgment on others because of my own insecurities and feelings of inadequacy as a woman whose days were filled with mind-numbing kids' shows and little adult interaction. I concerned myself with what my peers were doing for far too long. I let their choices to continue working color my self-worth, which proved unsurprisingly toxic.

I now choose to believe that whether a woman is working outside the home or exclusively inside the home, she's providing value to those in her world. Their path may not be what I've decided for myself and for my family, but I'm in no position to label someone else's choice or assign value to it. Motherhood is inherently about trial and error. You make attempts, you succeed and fail, and having an open dialogue with people who are different from us is what allows us to grow as individuals and mothers.

The tense exchange between Renata and Madeline offered just a glimpse of what these characters are battling. In a way, it also provides a peek into what every-day mothers are dealing with on a day-to-day basis. I'm not saying what Madeline says is right. And I'm certainly not saying that how Renata feels is wrong. But watching the show, I couldn't help but drawl parallels between my own life and my own confusing feelings on what it means to raise a child "well." I hope the series will continue to shed light on the insecurities simmering below the surface not just because it makes for good TV, but because what's going on in the hearts and minds of these characters is symbiotic of the relationships women have with each other.

Though the show takes place against the backdrop of a murder, I'm excited to watch Renata and Madeline's relationship unfold and witness the conflicts they endure as mothers trying really hard to figure it all out. What's most refreshing is that they're portraying complex and flawed women raising children in a world that doesn't make doing so all that easy.