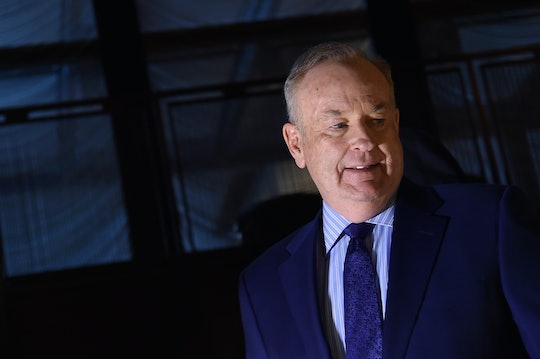 In her speech at the Democratic National Convention on Monday night, First Lady Michelle Obama called attention to the fact the president's home was built using slave labor. On Tuesday, for some reason, an old white man on Fox News thought it would be a good idea to try to correct her true, factual statement. And that's how Bill O’Reilly’s slave comments became a perfect example of how certain people of privilege actively go out of their way to refuse to understand the race problem in America.

In her latest DNC speech, in a passage that will undoubtedly not be plagiarized by Donald Trump's wife, Obama said, "I wake up every morning in a house that was built by slaves. I watch my daughters — two beautiful, intelligent, black young women — playing with their dogs on the White House lawn." During Tuesday's episode of The O'Reilly Factor, the host responded to the first lady's assertion, according to USA Today:

Slaves that worked there were well-fed and had decent lodgings provided by the government, which stopped hiring slave labor in 1802. However, the feds did not forbid subcontractors from using slave labor. So, Michelle Obama is essentially correct in citing slaves as builders of the White House, but there were others working as well.

The phrase "essentially correct" adds an unnecessary qualifier in an attempt to undermine the words of a black woman who obviously knows the history of the house she's been living in for almost eight years. And O'Reilly's claim that the slaves that built the White House were well-fed completely misses the point: they were slaves. Enslaved human beings. Black men who worked against their will. Black men who were rented out to the government by a white man, who was paid for their services, because he owned them. It doesn't matter whether they ate sandwiches or steaks; they were slaves. Just over 200 years later, America elected another black man to lead the nation, and that speaks to the possibility of progress in our country.

O'Reilly's hastening to defend a bunch of dead white men he never knew, and insistence on mentioning the "others" who helped to build the White House, only serves to minimize the experience of those slaves, and indeed the black experience in America as a whole. It's no different than co-opting the phrase "black lives matter" and changing it to "all lives matter." The worth of a white life has never been in dispute, and that's not what we're talking about right now. And when Obama speaks about how in 216 years, the social standing of someone like her husband went from rented construction equipment to leader of the free world, it's time for O'Reilly to sit down and shut up.