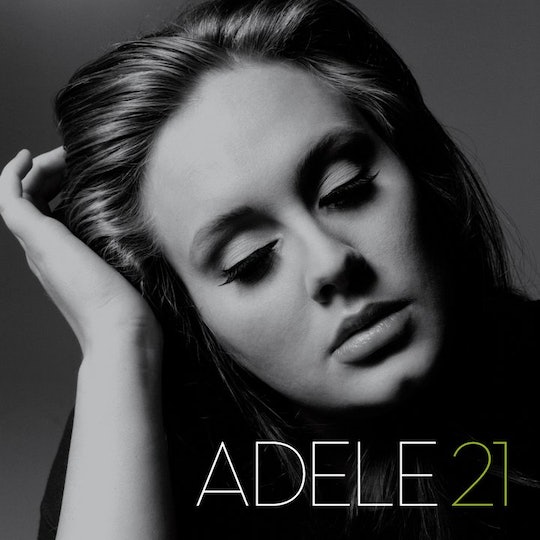 'Billboard' Calls Adele's '21' The Great Album In History, Because, Duh

It's undeniable that Adele's hit song "Hello" from her upcoming album, 25, has only made you more obsessed with the British singer's previous album, 21, which was released in 2011. But before 25 is released Nov. 20, it might be worth yet another listen — after all, Adele's 21 was named the greatest album of all time.

At least, if you ask Billboard. Because, you know, your parents are still backing Bob Dylan, and your best friend is currently obsessed with Justin Bieber's Purpose, but they don't have the numeral data that Billboard has. According to the site, which used a point system involving longevity to calculate the victor, the album's strength on the top of the charts directly influences its standing. Wrote Billboard:

Adele’s blockbuster 21 tops the Billboard 200’s all-time albums ranking, fueled not only by the set’s 24 nonconsecutive weeks atop the list (the most weeks at No. 1 for an album by a woman), but also its lengthy chart run in the upper reaches of the tally.

That means 21, which features hits like "Set Fire To The Rain" and "Rolling In The Deep," finishes on top of Michael Jackson's Thriller (which, interestingly, finishes behind the Sound of Music soundtrack. Turns out the Von Trapp family climbed that mountain and stayed there for 109 weeks).

So that means that Adele's follow-up, which is shrouded in mystery, will have big shoes to fill. So, will 25 measure up to the greatest album in the world?