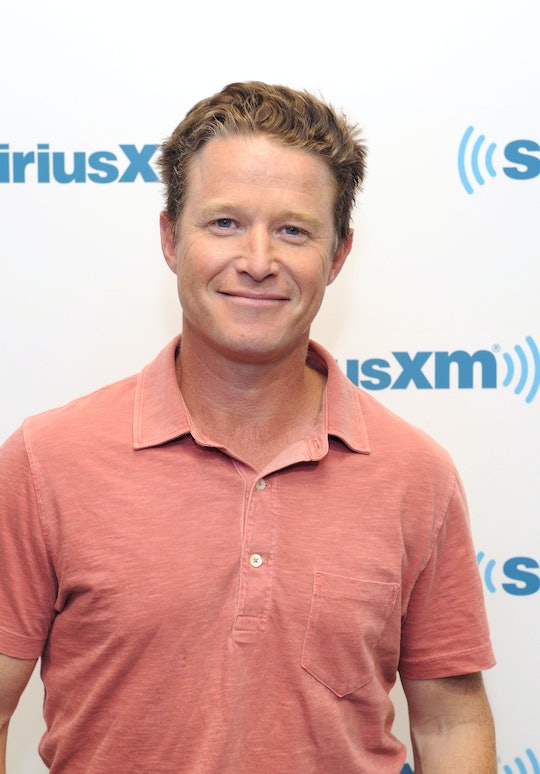 Host of Today Billy Bush came under fire on Friday evening for comments alongside Republican Party nominee. Donald Trump made in a 2005 "hot mic" video released by The Washington Post. The video does not portray Bush or Trump in the best light, which is why Billy Bush's statement about his taped conversation with Trump shows that he is very sorry for the comments he made — because he should be sorry.

Bush released a statement on Friday night, according to Variety:

Obviously I'm embarrassed and ashamed. It’s no excuse, but this happened eleven years ago — I was younger, less mature, and acted foolishly in playing along. I’m very sorry.

The video Bush is talking about can be viewed here. Bush should be embarrassed and ashamed of the video — which shows behind the scenes footage of Bush and Trump during a taping of Access Hollywood. While Trump certainly has a higher profile, Bush's comments were equally just as questionable. In the video, Bush can be heard calling actress Arianne Zucker "hot as sh--", commenting on her legs, and engaging in conversation that can be perceived as egging on Trump's commentary — such as laughing at what Trump says. Bush later tells Zucker to give Donald a hug, shortly after the damning comments were made. It is no wonder why Bush apologized so quickly for what was said in the video — at any time, Bush could have told Trump that those comments were inappropriate.

Bush is right about one thing in his statement — in 11 years, a lot can happen. People can and will change in the span of 11 years. However, according to Biography, Bush was born in 1971. This makes him 44-years-old. At the time the video was shot, Bush was around 33-years-old. While it has been 11 years, 33 is a pretty mature age — an age that someone should be able to identify right from wrong. 33-years-old is also an age where someone should be able to speak out about the awful comments made about and towards women. But Bush was right to admit that he was foolish "for playing along" — he should have never giggled at Trump's comments, which were not funny, to begin with.

Donald Trump apologized earlier in the evening, releasing a statement on his personal website: "This was locker room banter, a private conversation that took place many years ago. Bill Clinton has said far worse to me on the golf course — not even close. I apologize if anyone was offended."

Both men are right for apologizing. However, apologies can not erase the remarks of both men captured on video. The comments made by Bush and Trump were the kinds of comments that deserve apologies.

More Like This
Pinterest Predicts Their Top 2023 Trends In Parenting, Beauty, Fashion, Home, & More
Meghan Markle Recreated One Of Her Wedding Looks In NYC With Princess Diana’s Ring
Lizzo's Mom Gushes About Her Daughter As A “Champion Of Others” Who “Builds You Up”
Here Are Parents' Top Trending Searches In 2022, Because Google Really Is Our BFF